Polaroid Getting Out of Polaroids 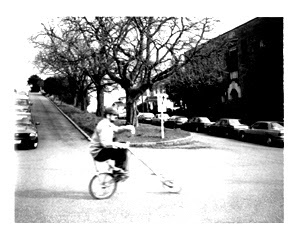 I guess it is time to go stockpile film for the two Polaroid Land Cameras that I have: a model 100, used to shoot the photo above, "Chunkulation," as well as a folding-style camera that I own but have not replaced the battery or yet shot film on. Now is the time! Meg owns a JoyCam, an inexpensive last-gasp effort Polaroid put out in the mid-1990s, but we haven't used that one in years, either. Polaroid claims to have manufactured enough film to last through 2009, though I think it prudent to get it while you can. The article does note, however, that it is willing to license the technologies to third parties to continue producing film.
photography Polaroid

Andrew Hitchcock said…
Even though I don't own or use a Polaroid camera, it saddened me to hear this news.
February 14, 2008 at 2:06 AM