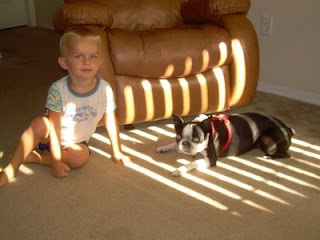 We said goodbye to Adam, Jody, and Tyler, who was upset to see Zoe go. 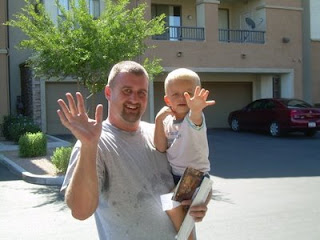 While Meg bought some groceries, Zoe learned to pilot a helicopter and also drove the Bat Mobile. 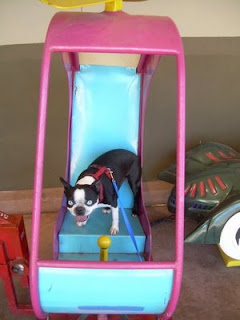 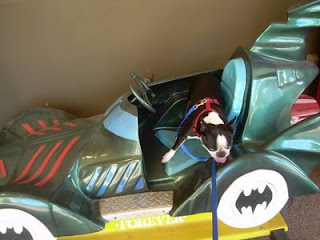 Are all the adopt a highway signs along the highways of Arizona places where people wiped themselves out, or is it a tradition around there to adopt a stretch in memory of somebody? Because if it is the former people are killing themselves about every five miles or so through here....

We passed through a bunch of high mountain passes. The altitude was a killer: we both got good headaches. However, the sights were beautiful. 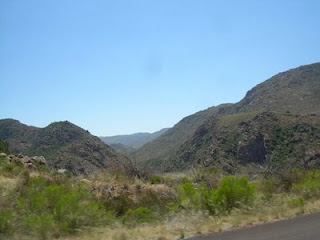 As we moved into the high desert we saw some of the Big Puffy Clouds that Ricky Lee Jones and The Orb spoke so highly of. 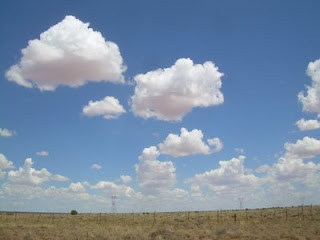 Along the way we stopped at Petrified National Forest. There were petroglyphs here that we wanted to see, along with Pueblo Puerco, a settlement that was inhabited from 1100-1200 and again from 1300-1400. It was harsh, windy, and hot, and it was hard to image eking out an existence in such a place. The ruins were impressive and the petroglyphs were a glimpse at an unknown people and narrative. 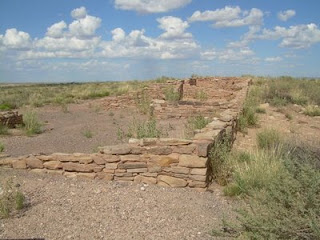 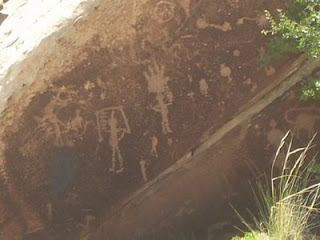 There was also a little monument to the old Route 66, now replaced by I-40 on which we were traveling. My friend Allen recently completed a project with the president of Pepperdine, so it was cool to make that connection with his work. 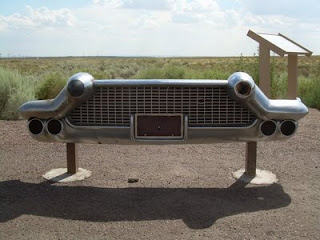 We also crossed the Continental Divide, a milestone in our journey east. 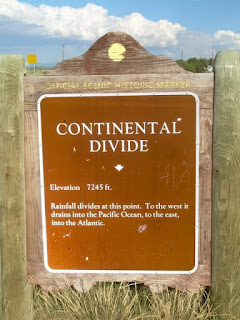 We went out to an awesome dinner at 9:30 pm at Cervantes, which had the best northern New Mexican food Meg or I had ever had and an awesome waiter, Victor, to boot. We were the only people in the restaurant, since it was supposed to close at 10:00, but a family showed up shortly thereafter and we ended up striking up some good conversation. The father explained that the cuisine at Cervantes was authentic North New Mexican, and that one was unlikely to find such food outside of this region. This was the best culinary treat so far! 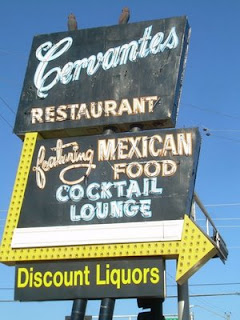 When we checked into our hotel, we were very pleased to find that we were booked into the Nixon Presidential Suite. 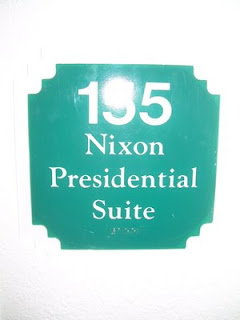 Tricky Dick himself visited me in my dreams and helped me slumber peacefully all night long. 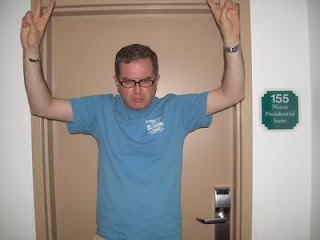 Geek Gas says 35.8566 mpg over 216 miles: this part of the trip was through some pretty steep passes in Arizona that were absolutely beautiful. 39.4095 mpg over 307 miles: the flatlands of western New Mexico paid off with better gas mileage.
Arizona New Mexico road trip

albertjames said…
This comment has been removed by a blog administrator.
August 20, 2008 at 7:46 AM