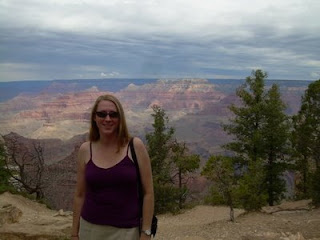 Meg finally fulfilled a dream and we visit the Grand Canyon on our fourth day of the road trip. The weather could not have been better: it was overcast, probably in the low-eighties, and the perfect weather to take a walk along the south rim of the Grand Canyon. 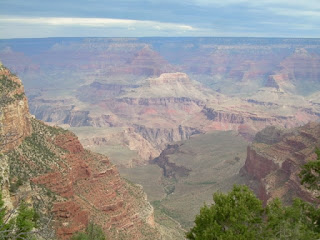 We walked about a mile along the south rim until we reached the hotel and the Hopi House. 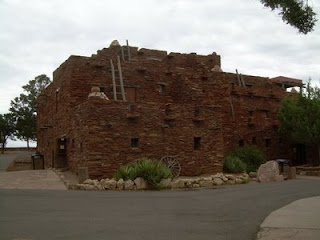 Waiting for Meg to use the restroom, I had a great conversation with a young woman who I think has autism. She spotted my Maine t-shirt and talked to me a bit about Maine, the Atlantic Ocean, and New Hampshire. She had not heard about Waterville, where Colby College is located, so I told her a bit about that. She asked me why there were so many trees in Maine; I hazarded a guess and suggested it was the proper soil and climate that allowed so many trees to grow.

As we drove through the Navajo Nation Reservation we happened to catch on NPR a great Native American radio program. They were riffing on the idea that the Supreme Court had ruled in favor of Native Americans in a landmark decision due to be decided in August, 2008. In this episode the judge ruled that the accounts that the government is supposed to maintain for Native Americans had been mismanaged to the tune of $58 billion in rewards. Various "characters" called in with suggestions as to how the government might raise the money for the settlement. Surrounded by the poverty of the reservation we drove through as we listened to the program, it was grimly ironic in a black humor kind of way.

From the Grand Canyon we headed south to Sedona since everyone we talked to insisted that we had to visit. I finally broke down and purchased some buffalo jerky. It was really delicious. 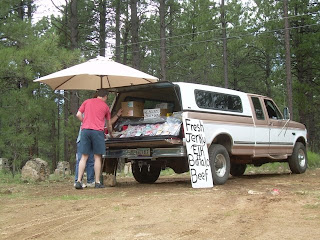 It was well worth the trip to see the beautiful surroundings. 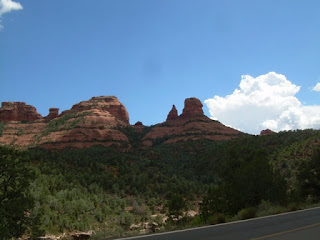 It was considerably cooler down in the canyon and it seemed like all of Arizona was taking advantage of the river and the shade.

From there it was not too long of a trip to Chandler to see Adam, Jody, and Tyler. Zoe and Tyler got along very well, and Tyler was a big help with walking the dog. 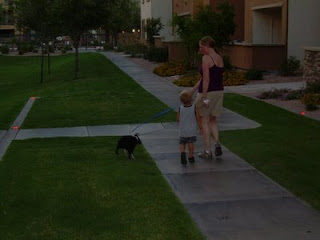 We finished up the evening with some Wii Fit and some Guitar Hero. 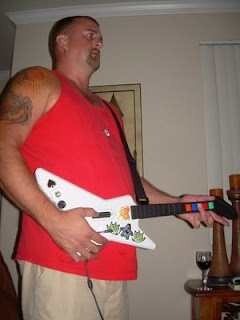 Gas Mileage for the day according to GeekGas: 35.6489 mpg over 253 miles. Again with the hills and the higher speeds our gas mileage slipped a bit.
Arizona Grand Canyon road trip Sedona