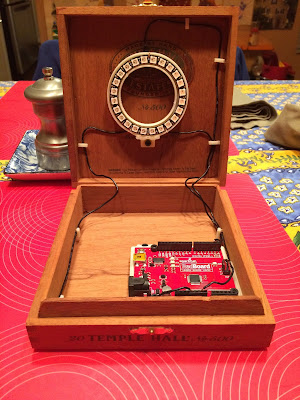 The LightLogo Arduino and Sparkfun NeoPixel Rings that my friends and I have been constructing have been pretty basic. 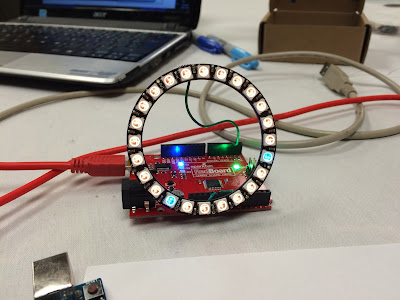 The 22 gauge hookup wire is enough to position and hold the light ring upright to display your awesome procedures. However, it seemed a little fragile with the bottom of the Arduino exposed and the wire providing structural support. I wanted to build a housing for my Arduino and NeoPixel ring.

I selected a small cigar box as my housing. My friend gave me a couple bags of these, and I am down to the last of them. 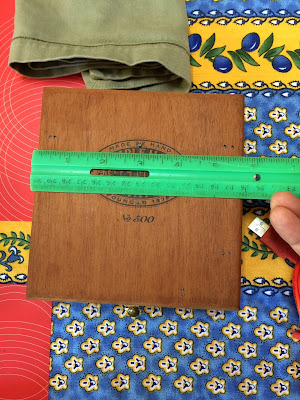 Next, I 3D printed an Arduino base that I found and liked. 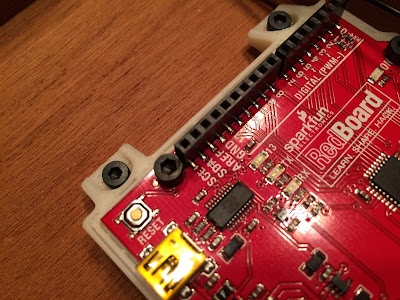 After drilling some holes in the bottom of the box, I used four plastic washers and bolts that came with my Thing-O-Matic to attach the base to the box.

The 3D printed holder for the NeoPixel ring was a remix of the Adafruit design. I added the same screw hole as the Arduino base used to the ring. I used a larger washer and the same bolts as I used for the Arduino to attach it to the inside lid of the cigar box. 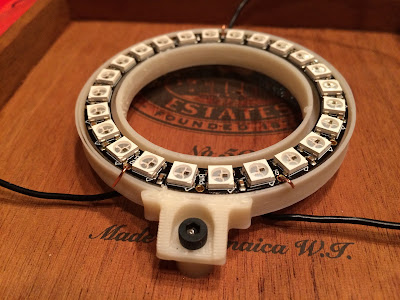 I used Tinkercad to design wire clips that I 3D printed. I drilled small holes in the cigar box and inserted the clips. They hold the wires in place nicely. 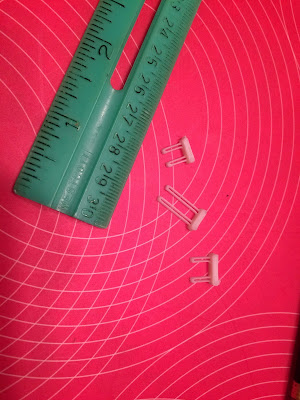 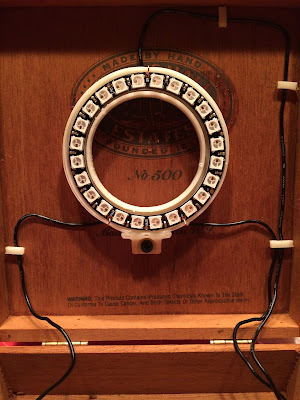 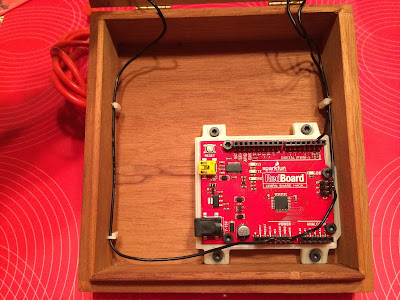 As the last step, I remixed the Adafruit diffuser that covers the NeoPixel holder. It does a marvelous job of spreading the light a little and making it softer in appearance. 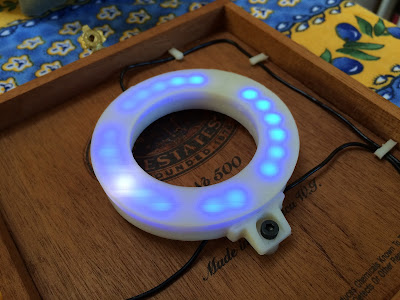 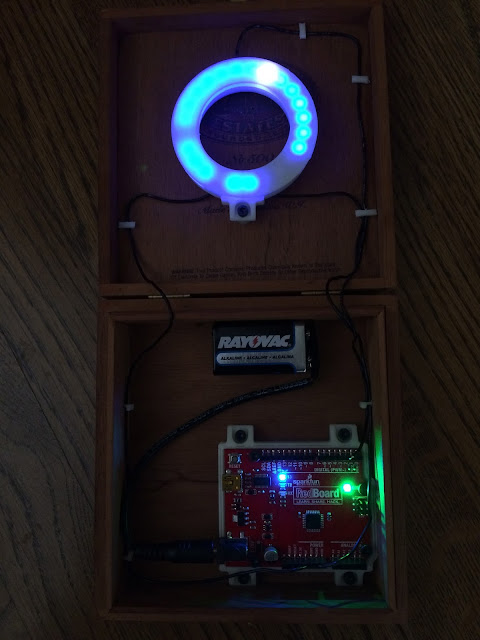 I hope you are able to use some of the 3D printed parts in the construction of your own LightLogo Arduino and NeoPixel ring combination.
3D printing Arduino LightLogo Logo NeoPixel programming