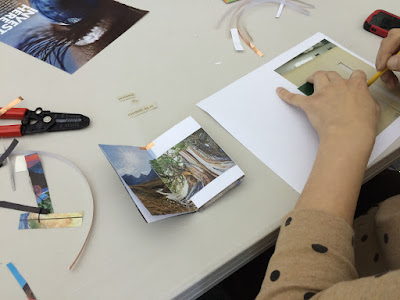 The beauty of the Interactive Storybook and the praise I received for the project prompted me to continue exploring the idea and form.

I took my own advice and remixed Praxis' Interactive 'Zine design. I followed his folding directions, but I built my circuit in a slightly different path than than his. The circuit and switches function identically.

I built one book for myself then ran a workshop as my final adult project at the Westport Library MakerSpace where I and two other adults each built books based around the same poem.

Like the Storybook, I collaged my example book. The workshop participants also collaged their pages.

I used a short Richard Brautigan poem, "Widow's Lament" as the text in my 'zine.

After folding and cutting the paper I collaged the story. I chose black and white or grayscale images in keeping with the mood and setting of the story. 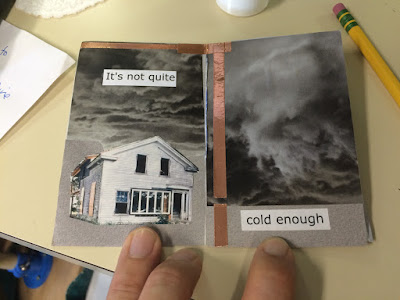 The Scratch project enhances the story as the reader interacts with the 'zine by starting sound effects, different ones for each page. The wind comes from The Resident's "Eskimo" album, while the footsteps and the door sound effects are included with Scratch.

Additionally, each time a key is pressed the image on the screen increases the "ghost" effect, adding to the snowy effect.

In this project, the keys on the MaKey MaKey or the keyboard are Up, Down, Left.

The workshop participants also chose to work with a Brautigan poem. Although we each used the same poem, the images in each 'zine and the Scratch projects all turned out differently. 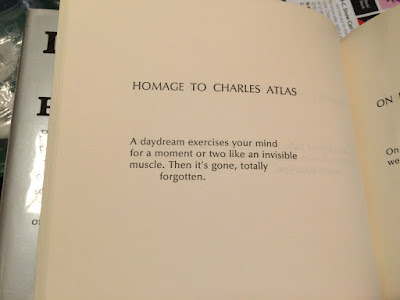 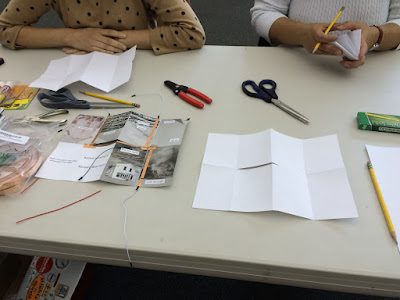 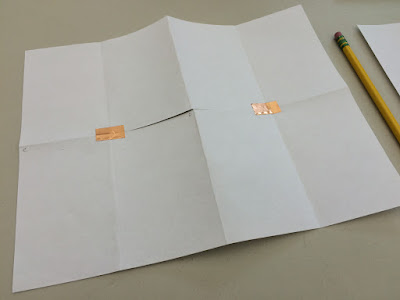 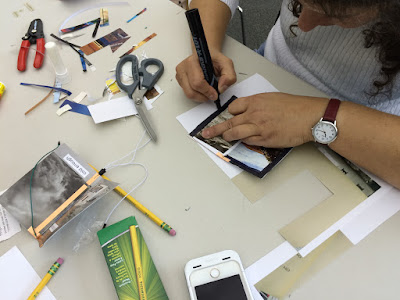 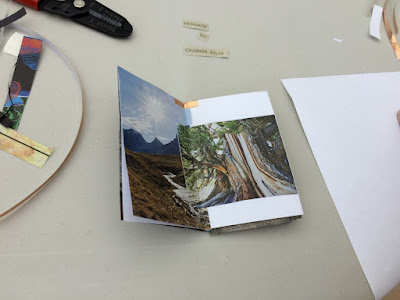 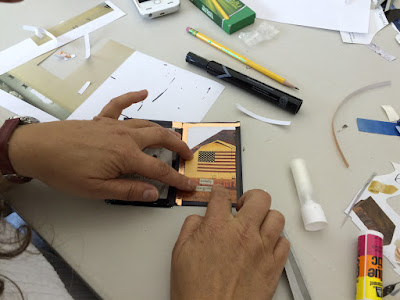 I added some short pieces of wire with the insulation removed to my copper tape circuits, sandwiching the wire between two layers of copper tape. I used needle nose pliers to twist the wire and gave it an artistic look, like soft circuits, and made it less sharp. 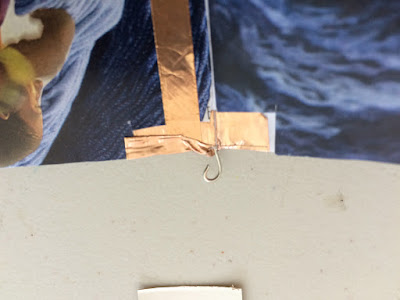 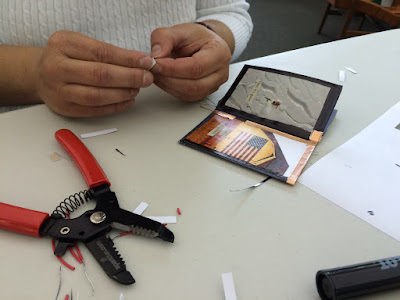 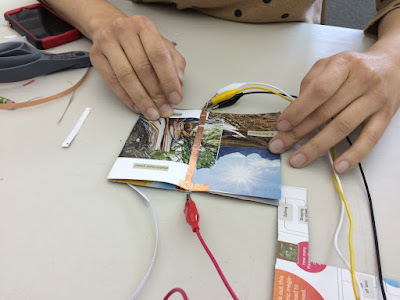 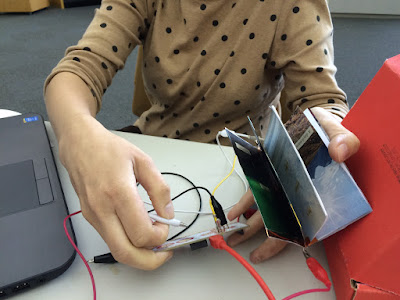 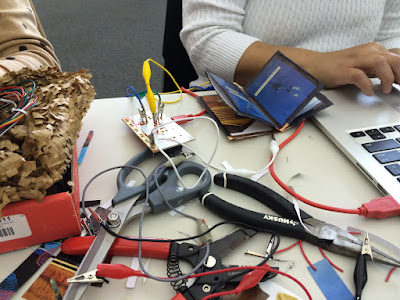 Here is my 'zine. 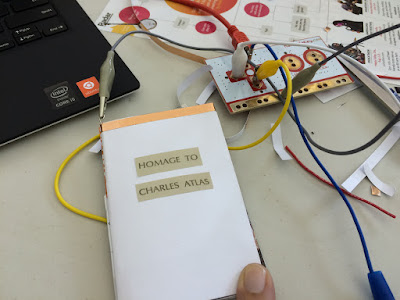 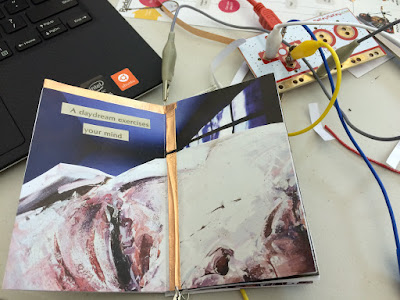 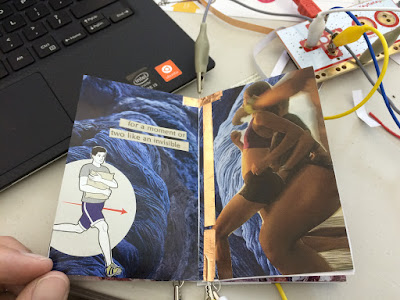 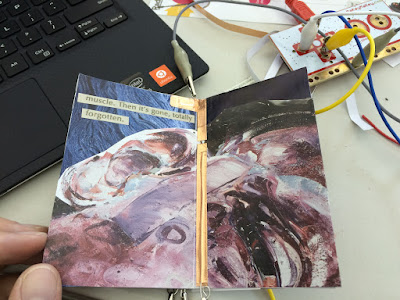 My Scratch project interacts with the reader by turning on the camera when the daydream starts, including the reader in the visions of the poem's narrator.

Again, collaging removes the perceived inability to draw that many people feel. Brautigan's short poems work well in the limited space of the 'zine, though longer texts could be explored as well. The addition of other narrative elements to the poems, whether through sound effects or literally being projected into the Scratch project brings the text to life and engages the reader in new and interesting ways.