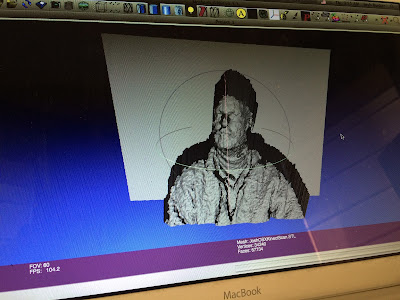 After battling with trying to get a Kinect to 3D scan with my Ubuntu laptop, I returned to the struggle armed with two new (old) tools. 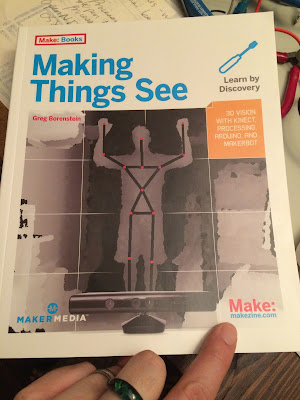 Second, I used my old Mac laptop. The book helped me sort out software versions. The Kinect hardware is a few years old, so using an older version of the Mac OS and the helper drivers proved vital to the success of the project. It took no time to have the Mac displaying Kinect point clouds and RGB data! 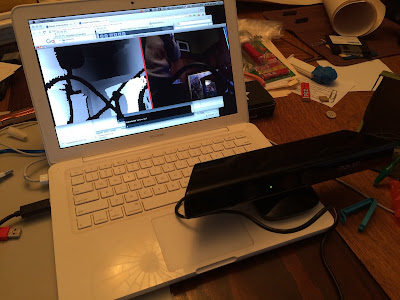 The exercises in the book, built in Processing 1.5.1, are excellent, well-documented, and help programmers familiar with Processing build a solid understanding of how the Kinect works with the computer and software.

I worked my way through the exercises and programmed the example Processing 3D scanner software. I made a great scan of myself. 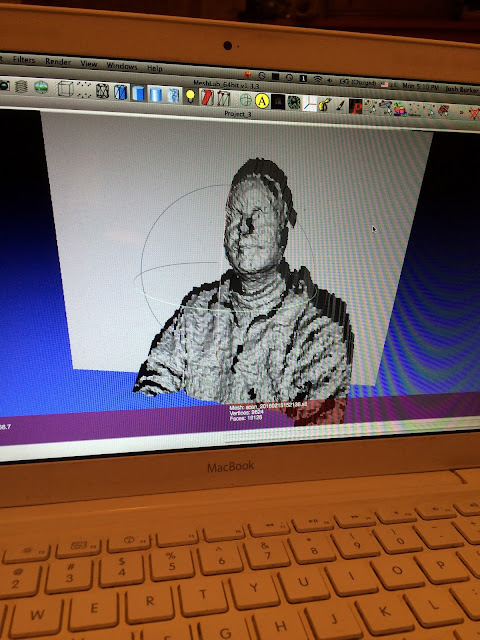 Since the software takes a "snapshot" rather than relying on stitching photographs together to create a model, as in Autodesk 123D Catch, my usual 3D scanner, I was able to capture my wiggly four year old. 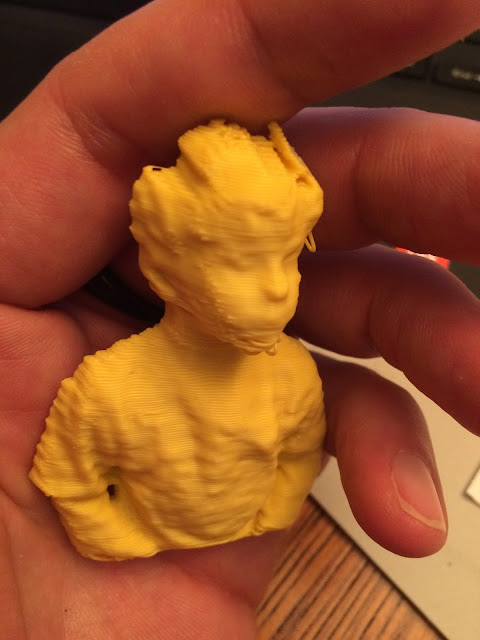 The Processing sketch worked well but I ended up using a different piece of software, Kinect Application for OS X, available from Thingiverse. It suits my needs perfectly. It does not scan in full 360°, which is fine. It does capture fantastic point clouds that are slightly lo-definition. Lower resolution is fine for my Thing-O-Matic and adds to the artistic quality of the 3D prints. 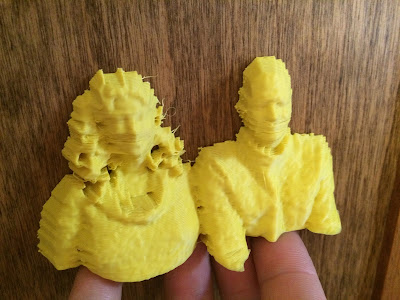 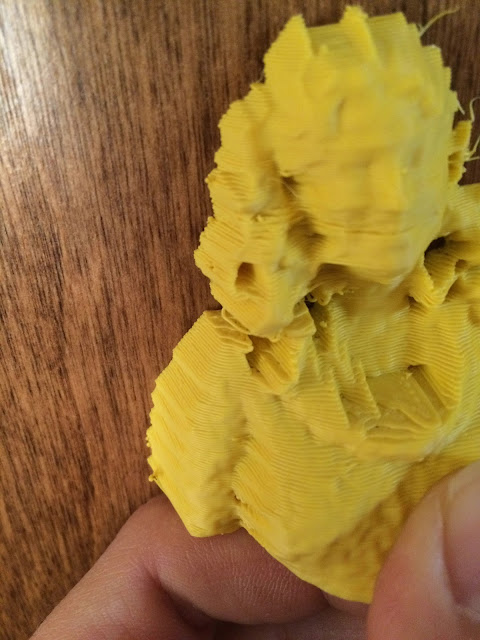 The Kinect 3D scanning workflow serves me very well for capturing snapshots of individuals. I want to try scanning some physical spaces with it and experiment with 3D printed dioramas as well. 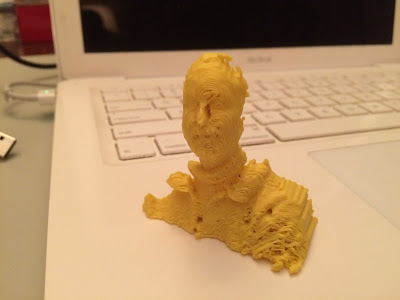 What if you take advantage of the layered effect and keep the model positioned horizontally as a topographic model that also happens to be a 3D portrait? Below we have a hillside that gently slopes towards a body of water, as well as a peninsula. 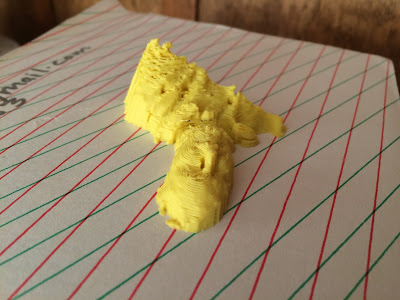 Since it is very easy to create distortions when capturing the point cloud by reaching toward the camera, or adjusting the capture depth, one could create fantastic, imaginative topographies that are 3D printed with multiple colors or filament or painted to look like topographic models. Thusly, one could create an alien world composed of the artists' portraits.

Although better, more portable 3D scanners have emerged on the market since the Kinect was hacked to allow others to use the data, it remains an intriguing 3D scanner. The effects one is able to easily produce and the beauty of the 3D models it creates warrant continued exploration.
3D printing 3D scanning Kinect Meshlab Meshmixer Netfabb Thing-o-Matic