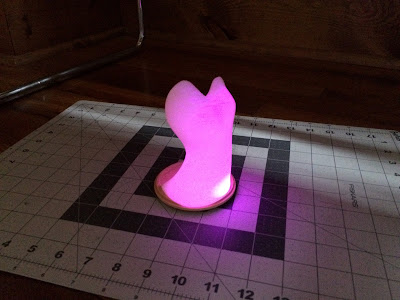 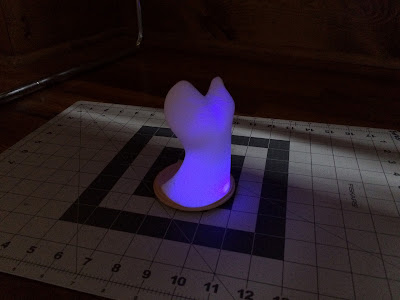 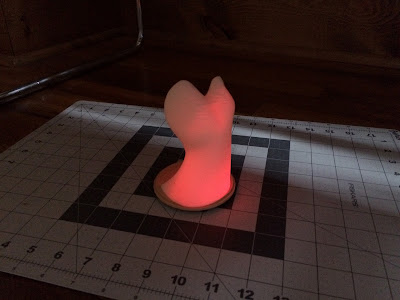 After I tweeted about the organic beauty of some of Fred Bartels' Sketchup experiments, he designed one for me that he affectionately called "The Burker."

After 3D printing a smaller version, I loaded natural ABS filament into the Thing-O-Matic and printed the model as large as I could with no infill. 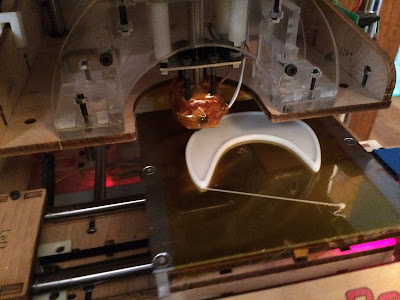 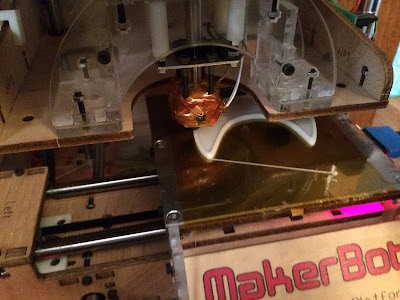 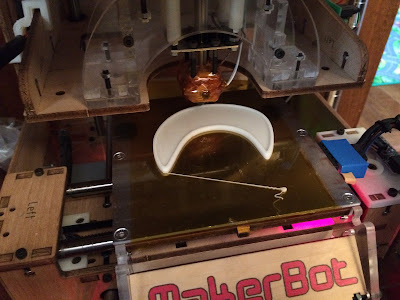 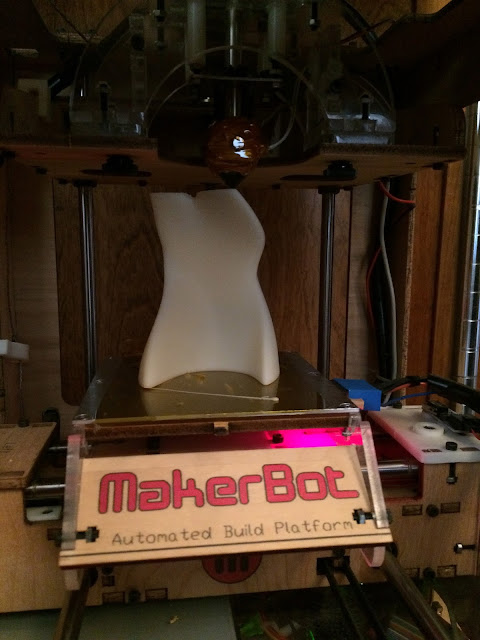 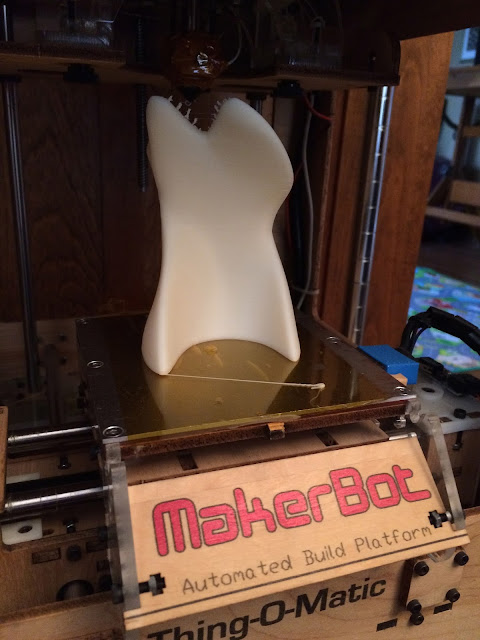 It printed beautifully and needed minimal cleanup just along the top. 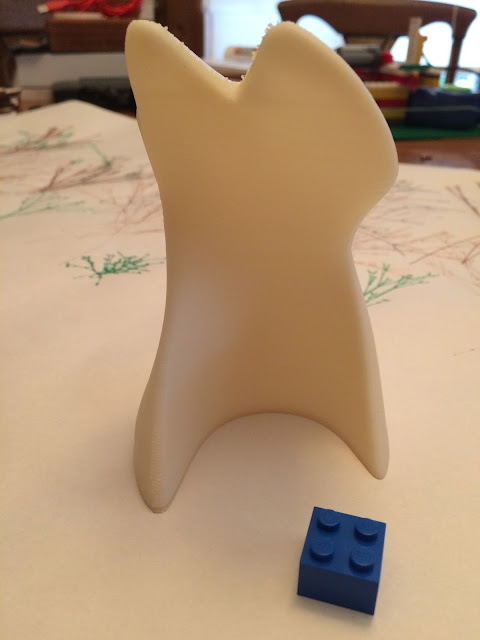 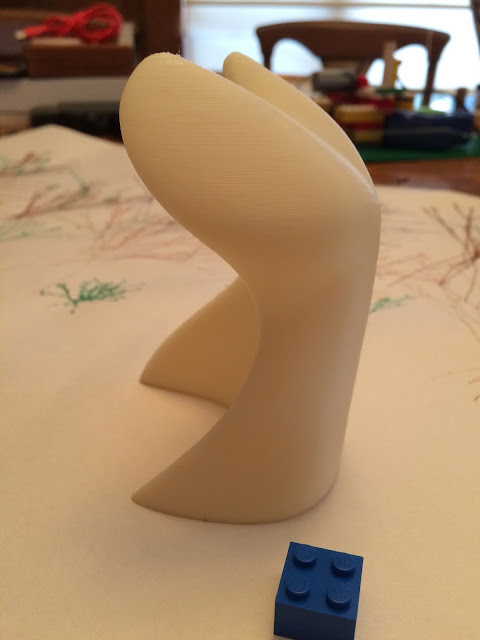 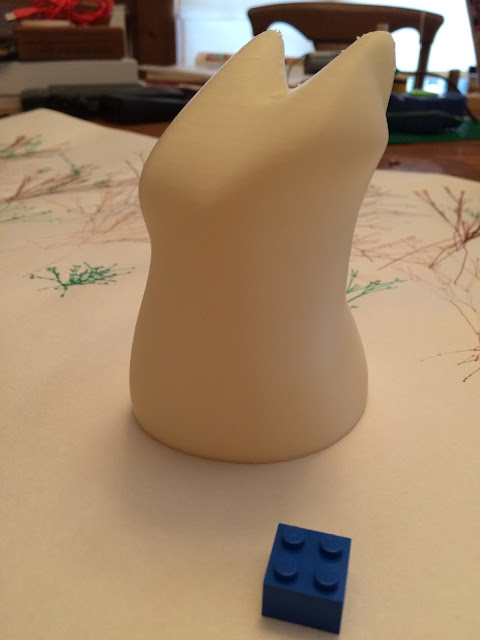 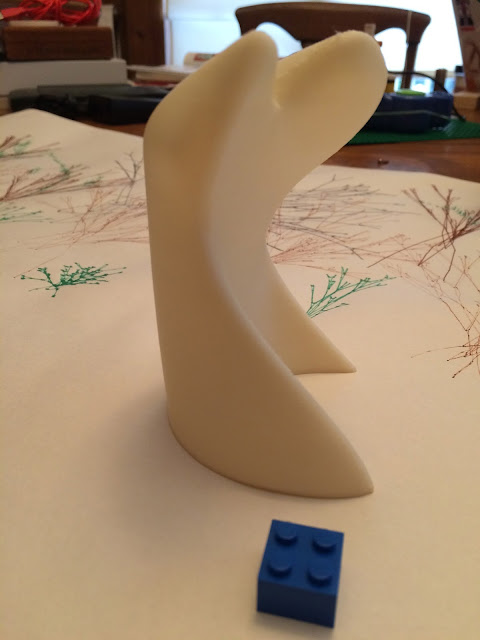 I revised a design I played with previously by creating a base in Tinkercad that included a space for the LED Torch Light model. I drilled holes in the base and sculpture for the LED as well as two 8mm M3 screws to hold the base to the sculpture. 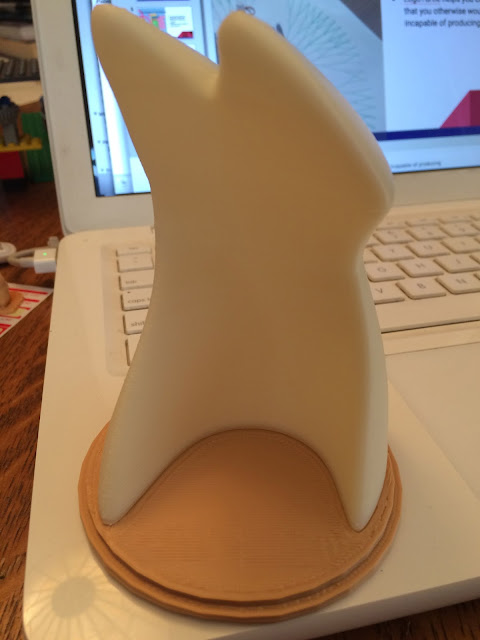 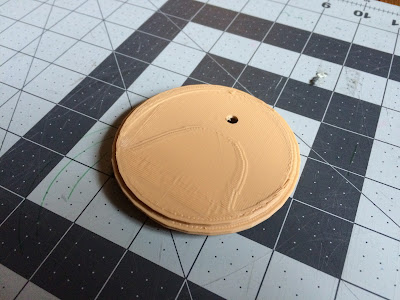 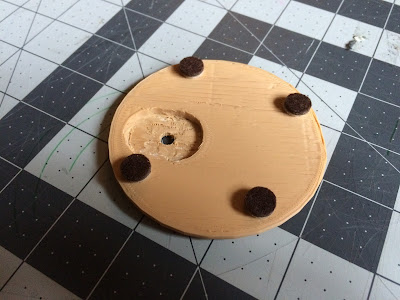 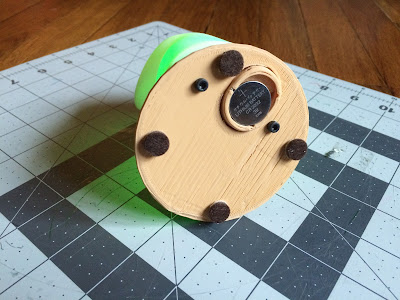 One version I built has a color changing LED. 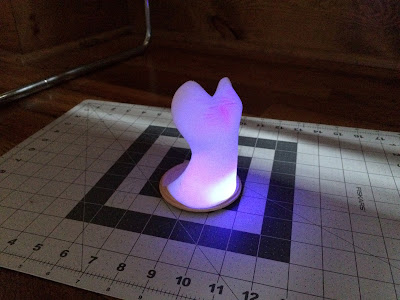 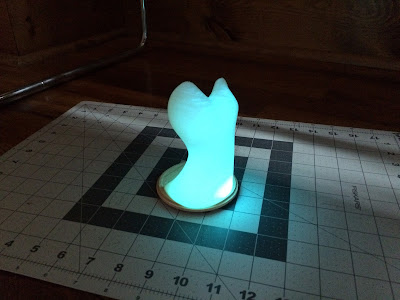 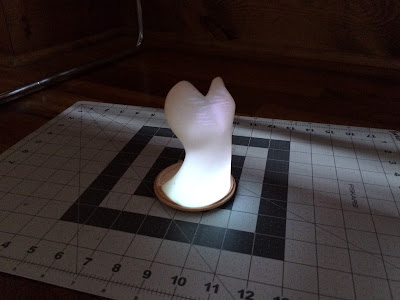 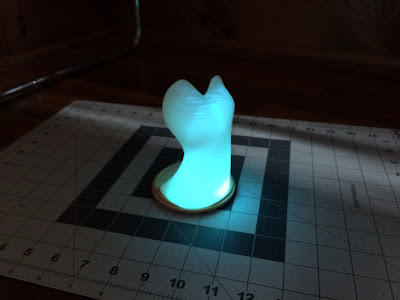 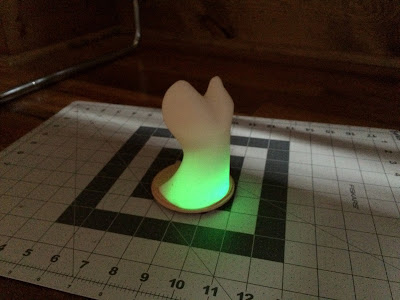 I am fascinated by the idea of 3D printable art. Once the artist creates the model it is possible to scale it to any size, fabricate it in different materials (or perhaps even with a different technique, such as laser cutting or casting), and remix it like I did by illuminating it from inside. I was very honored to be the recipient of this gift from Fred, and I have shared it with friends and family.
3D printing art sculpture