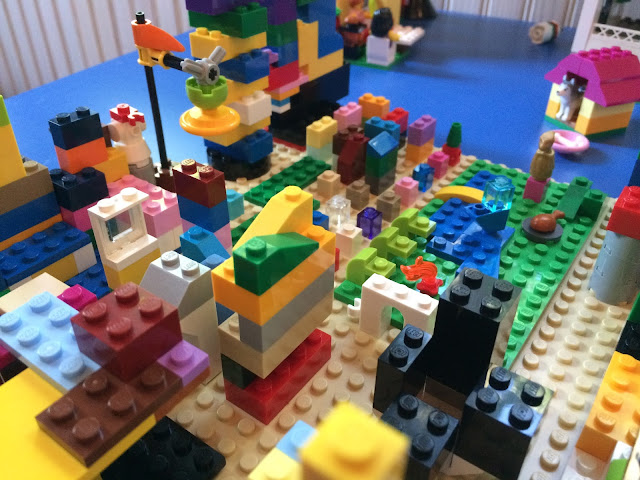 One of my favorite projects I worked on with first graders was a long-term city building learning adventure that involved map making, civic planning, and creation of 3D models from cardboard and 3D printed plastic. It was interesting to discover what buildings the students found vital to a city. It was hard fun to lead them through the process of crafting the buildings from paper, then cardboard, and finally 3D modeling the structures in Tinkercad. Read more at the link above if you are interested.

My son decided he wanted to use "all his LEGO" to build a large city. After getting started he encountered the issue of scale. I asked him how he was going to build all the buildings when it seemed the police station would take up the entire LEGO building plate. I suggested going microscale. Taking the LEGO Architecture Studio book from the shelf, I showed him some examples of using the LEGO bricks to model microscale houses and buildings. This way, I pointed out, we could fit part of a huge city on the building plate and include many different buildings in the city. We would have more than enough bricks if we built at microscale, I argued. He considered and decided he could build at microscale if we had some example photos in the book available. He soon was paying no attention to the book and started building his own fanciful buildings. I participated, adding the large green park to the building plate. There was a lake in the park and a fountain in the lake. I also started situating housing next to the park. I kept the houses small so people would feel welcomed by the structures. They were supplemented by small towers that would house several families or small groups of people. 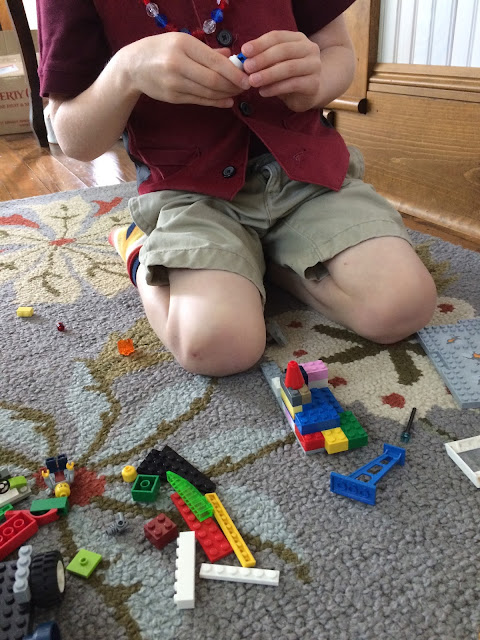 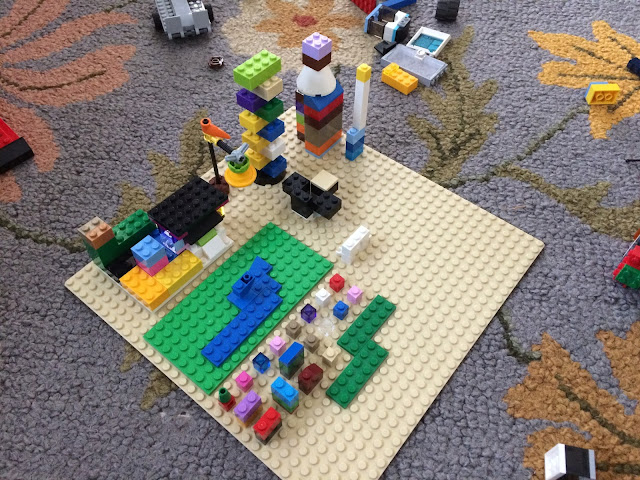 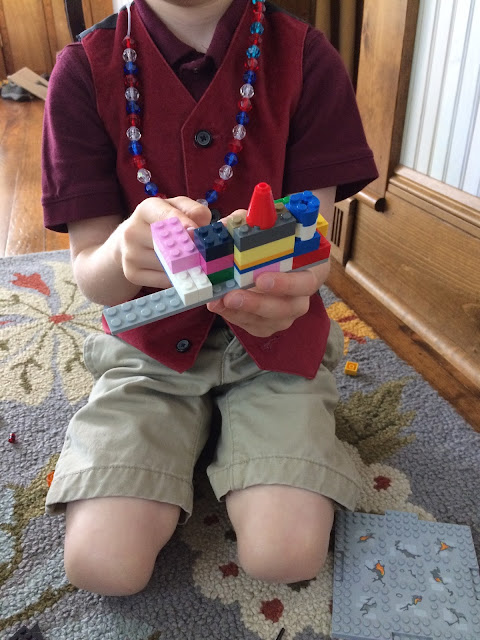 We soon had a wide variety of buildings! The park acquired some large statues. 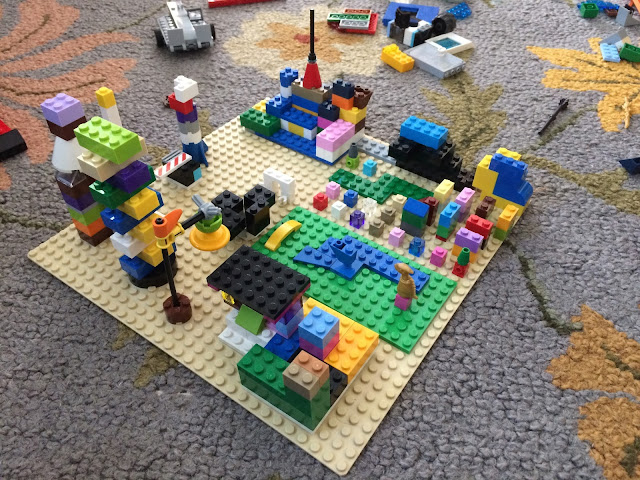 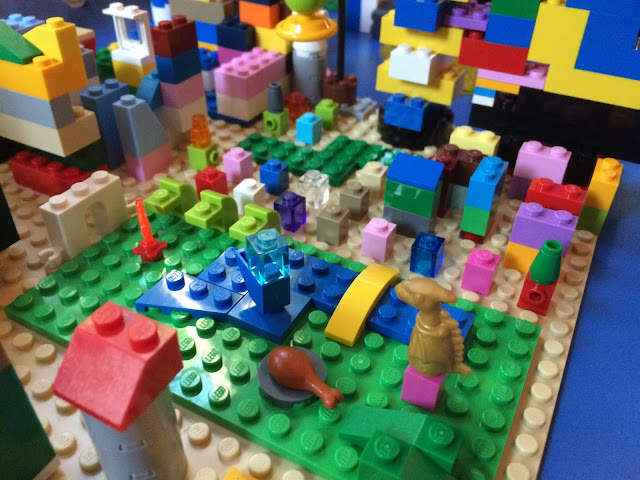 The project allowed each of us to work on different buildings and contribute to the whole. There was enough space for many buildings to be included while maintaining spaces between. Some towers grew to be quite tall! 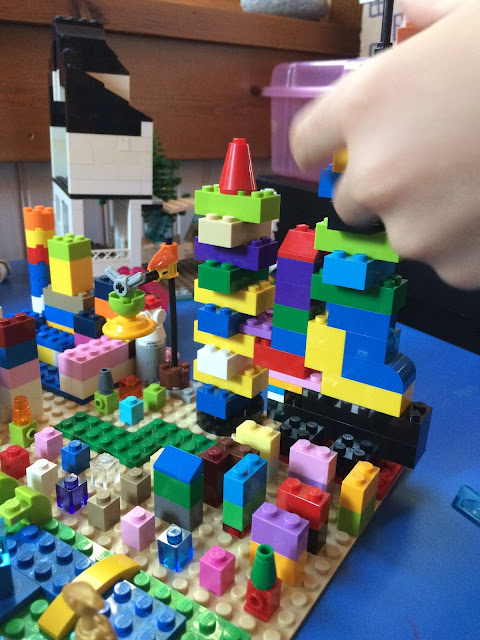 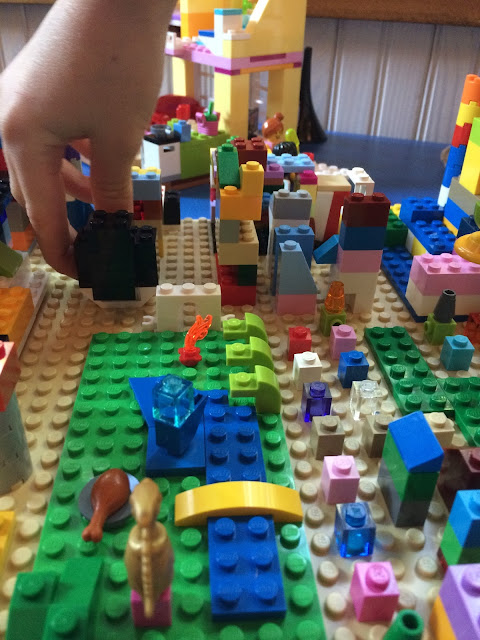 We finished with the building plate full of the buildings that make up our city. I kept the housing small and located between the park and a huge tower full of attentive students (according to my son). He declared the city needed to be beautiful, which it is. The city was founded on freedom he decided, and would be called Freemont. 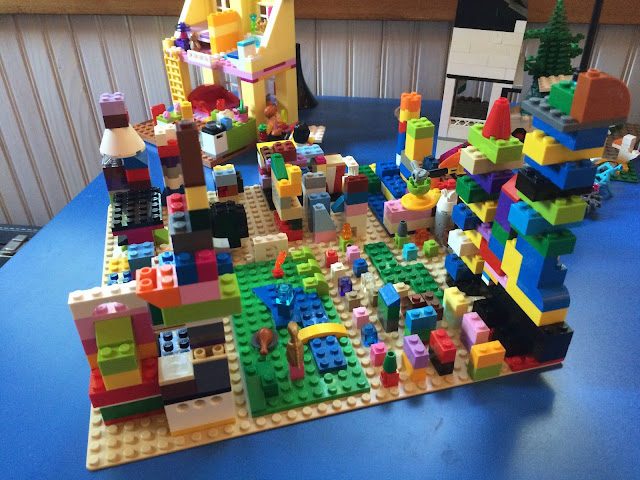 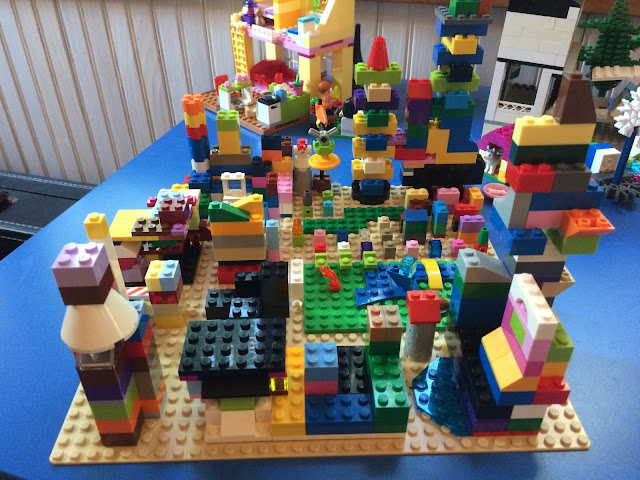 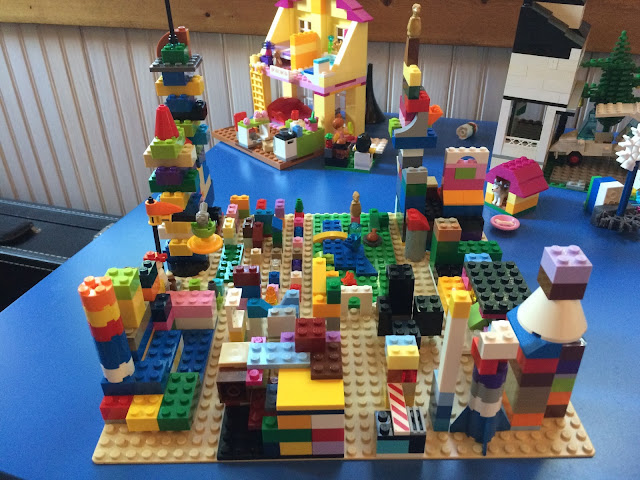 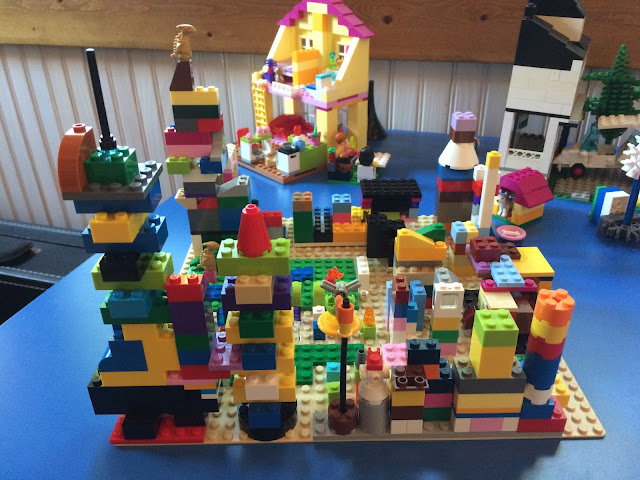 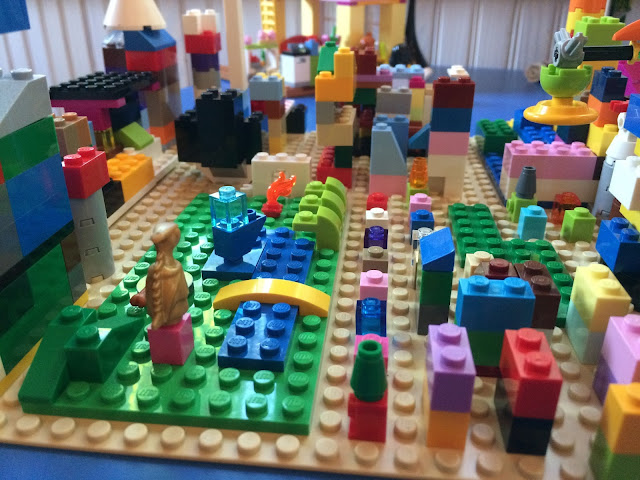 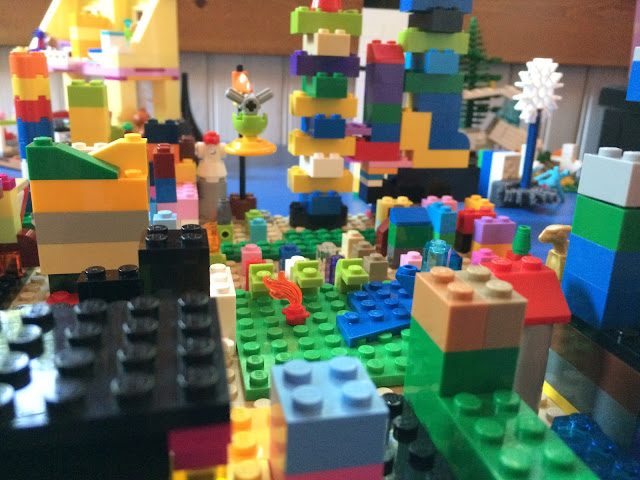 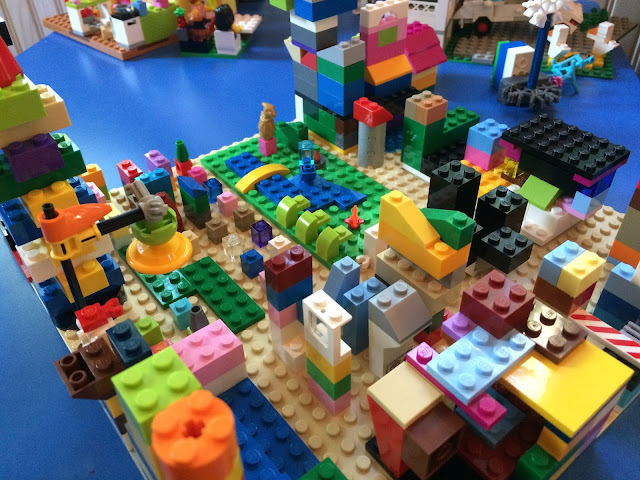 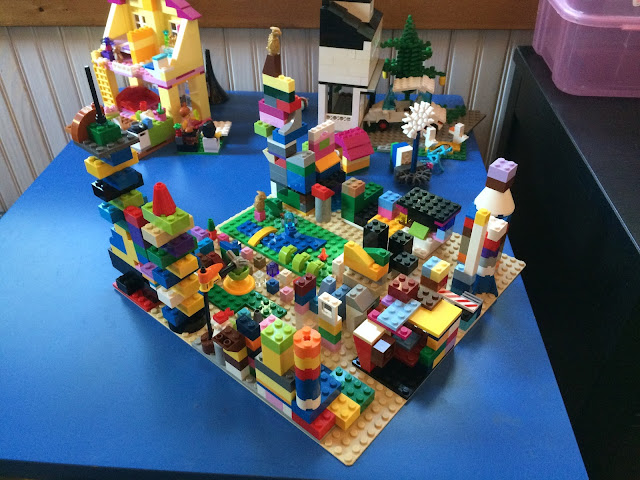 Building in microscale was new to both of us but a very easy way to stretch our LEGO and to create a big city with a surprisingly wide variety of creative building shapes and appearances. Try it at home or in your classroom to build your own microscale LEGO cities!
cities Lego play urban planning