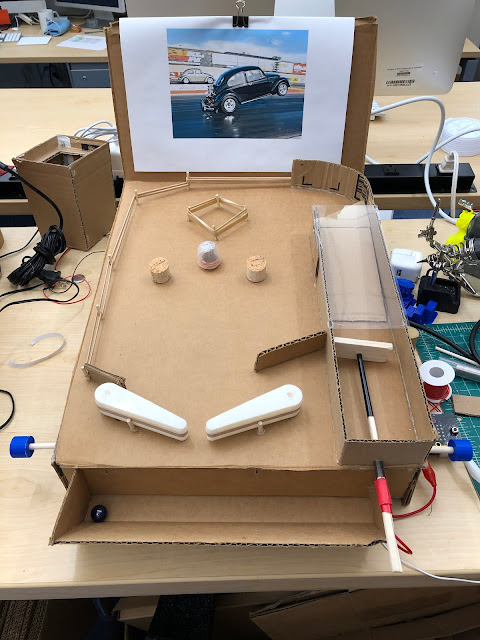 After being inspired at CMK to construct my own cardboard pinball machine I kept the machine around at work. Its construction informed the design decisions I made for the second machine, which I documented in my second book and teach others some good techniques. My first machine eventually ended up in the server room collecting dust. 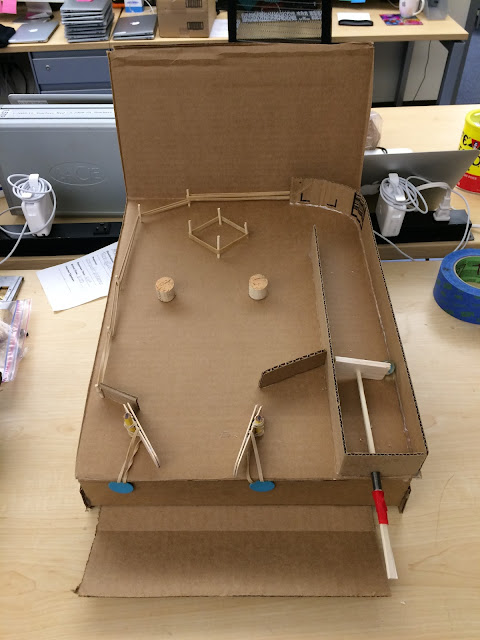 Recently I brought it to Maker Club and asked the students who played with it what improvements they thought were needed. We all agreed that the flippers needed upgrading. Additionally, the marble tended to end up back in the launch area.

Inspired by the cardboard pinball machines built by students working with Jaymes Dec, I started with the flippers. I modified a design I found on Thingiverse and 3D printed them. 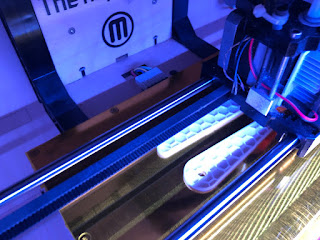 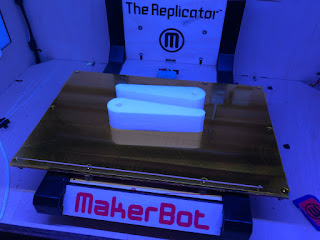 While the printer was on I also 3D printed a set of linear bearings that fit a slightly sanded 1/4" wood dowel. 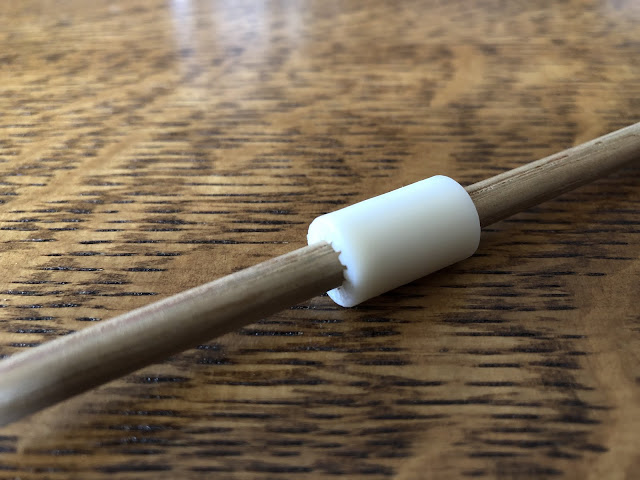 Jaymes taught me (and everyone else on Twitter) how to construct a very effective bell crank lever to control these new flippers. 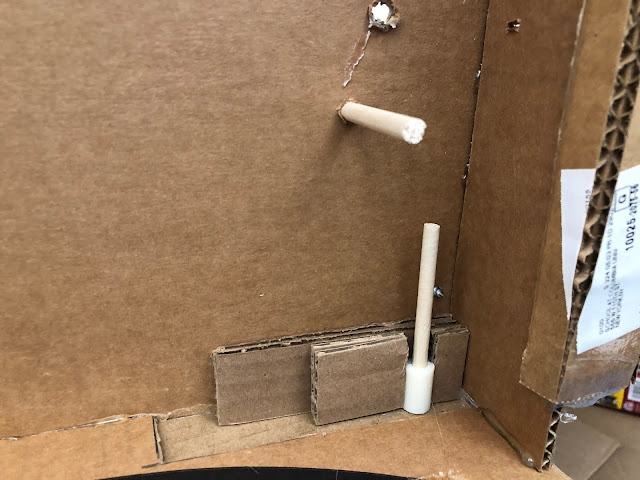 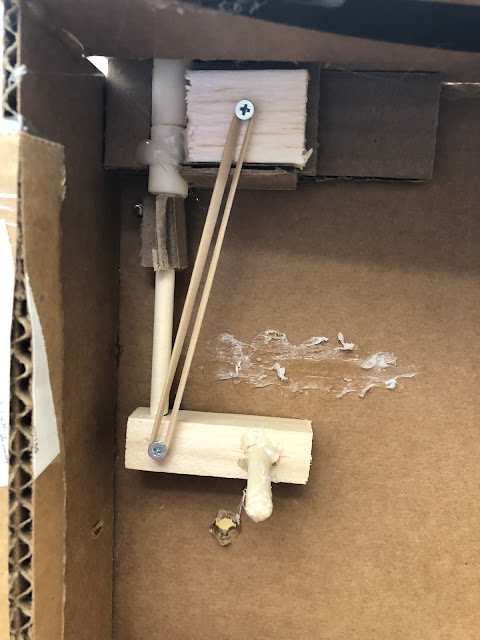 I added 3D printed "buttons" to the end of the dowels. I designed them in Tinkercad. 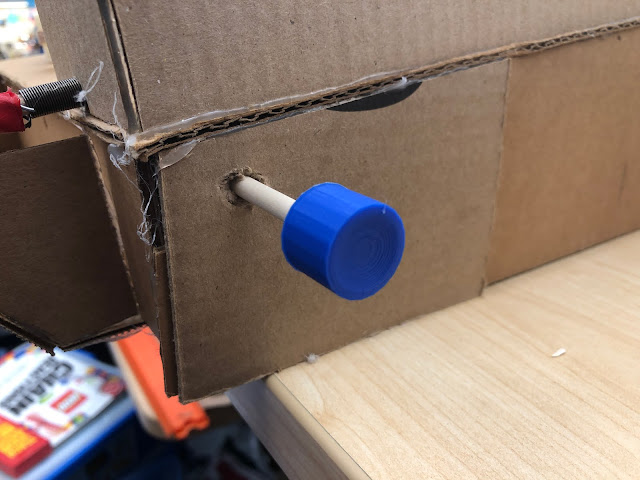 I also added a boss graphic to the machine. 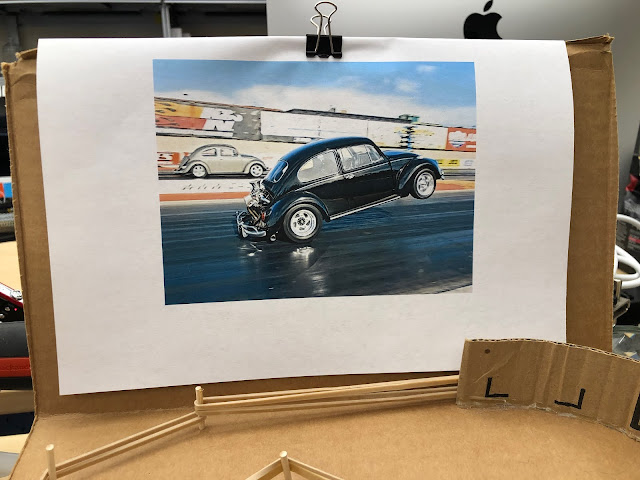 The marble roll back was solved with a ramp. 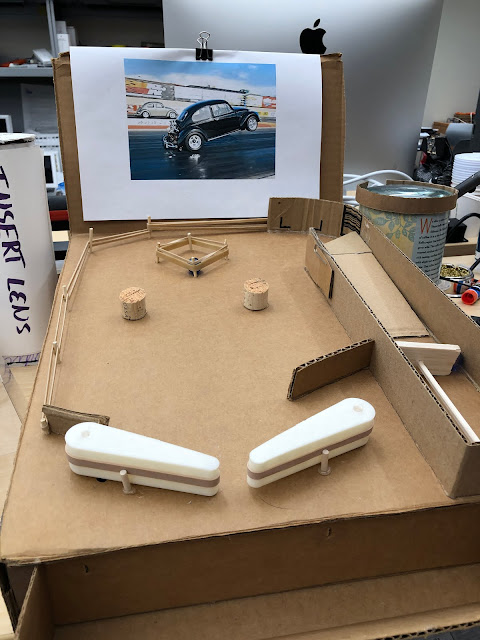 However, the ramp caused the marble to go airborne if you pulled the launcher back too far! This was solved by gluing a piece of clear packaging plastic cut to size over the end of the ramp. A straw was added to limit the pullback of the plunger, too. 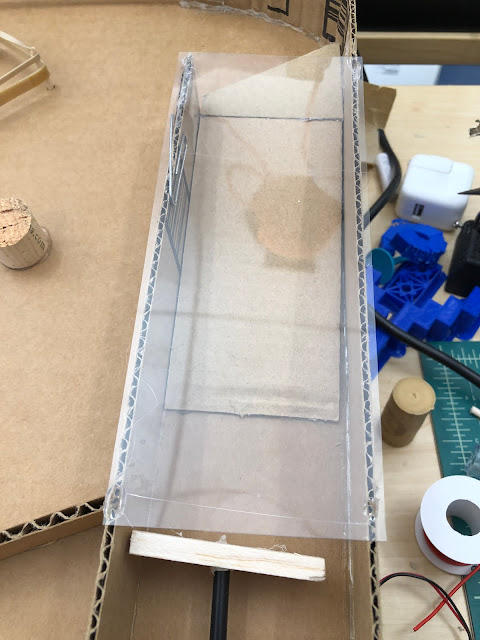 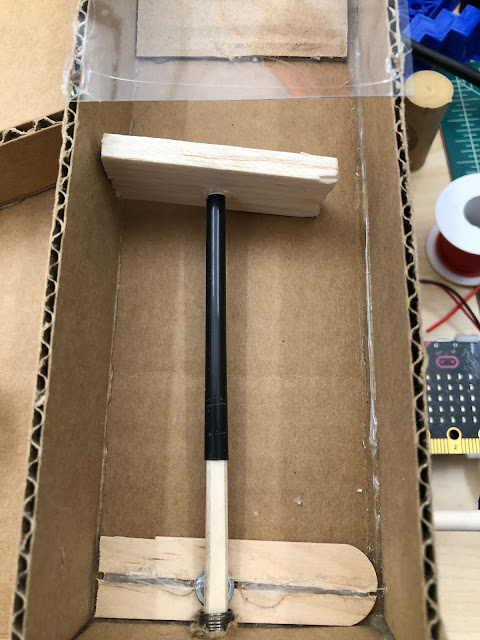 I also built a bubble gum bubble bumper, another of Jaymes' tricks. Hooked to a Microbit, it is an imperfect score keeper, sometimes increasing the variable by one when it is hit by the marble. 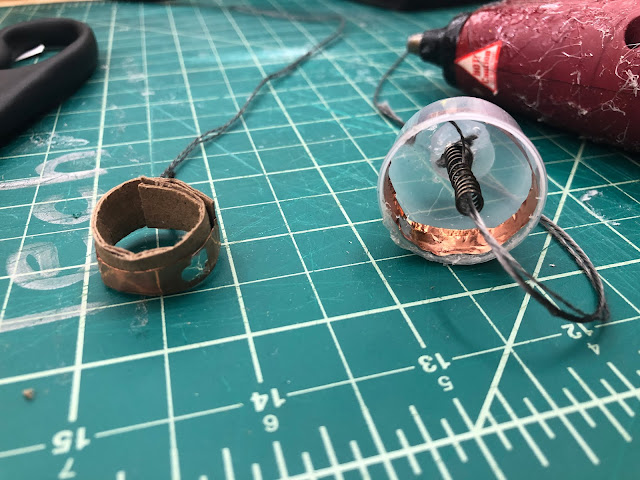 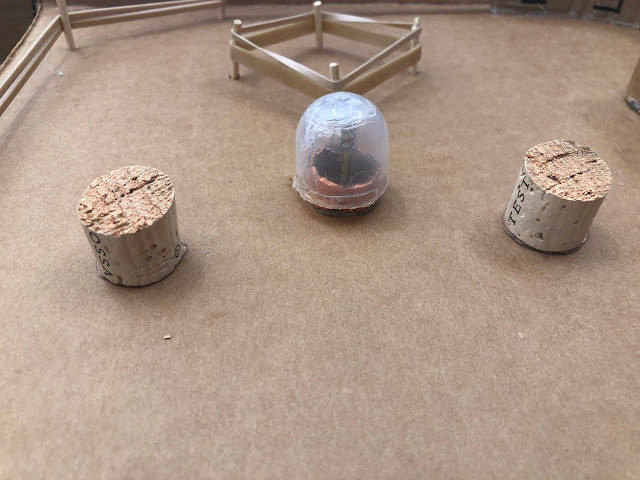 These upgrades really improved the playability of the game and put a smile on my co-worker Luis' face! 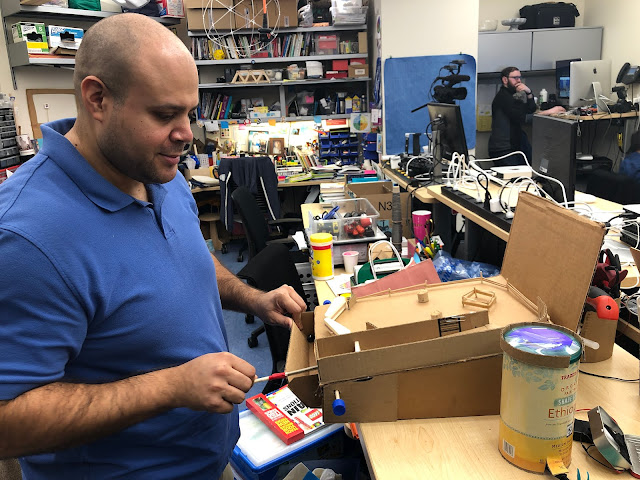