LEGO Tinkering is the playful exploration of gears, linkages, beams, and connectors to make art, music, dance, and more. LEGO Tinkering encourages learning through trial and error, hands-on exploration, and iteration. This post runs somewhat contrary to the tinkering aspect of LEGO Tinkering in that it provides some concrete tools to help understand one of the fundamentals of LEGO Tinkering. Obviously such knowledge is unnecessary for most people but useful to a few.

Using the LEGO Power Functions motors with the LEGO WeDo USB Hub and Scratch automatically runs the motors at a slower speed with the ability to further control motor speed by explicitly setting it with the Motor Speed block. However, it is not always feasible to run LEGO Tinkering machines tethered to a computer and sometimes programming is a hurdle for people new to LEGO Tinkering (or programming).

Since software is not always an option, we must look to a mechanical solution to motor speed using gears.

Using a low gear makes a mechanism move slowly and with high torque, or rotational force. The driver gear, which is powered by the motor, is small, while the follower gear is large. 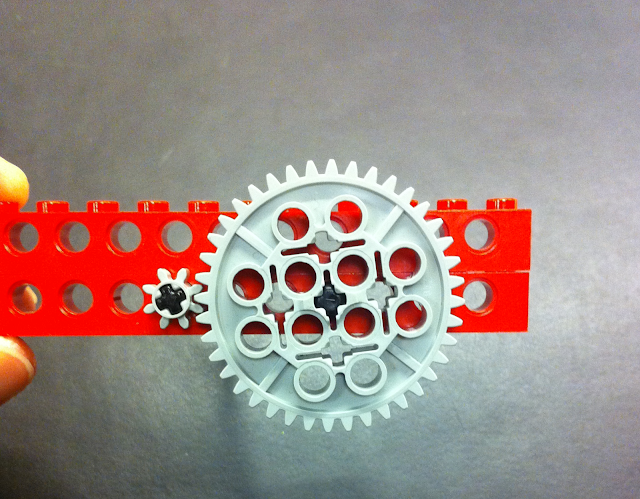 A high gear spins fast but does not have much torque. The large gear is connected to the motor and the follower gear is smaller. 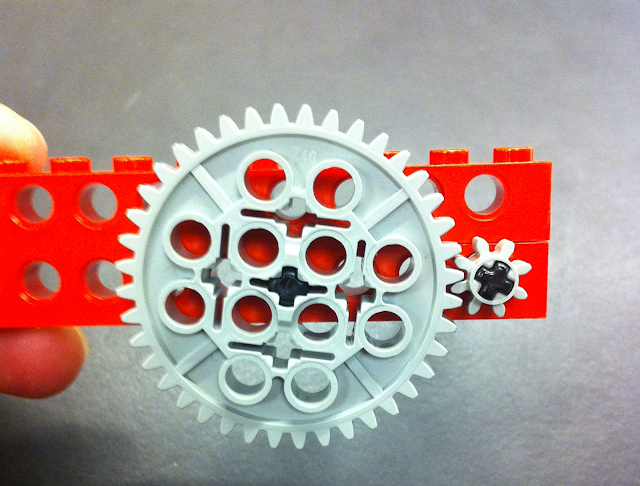 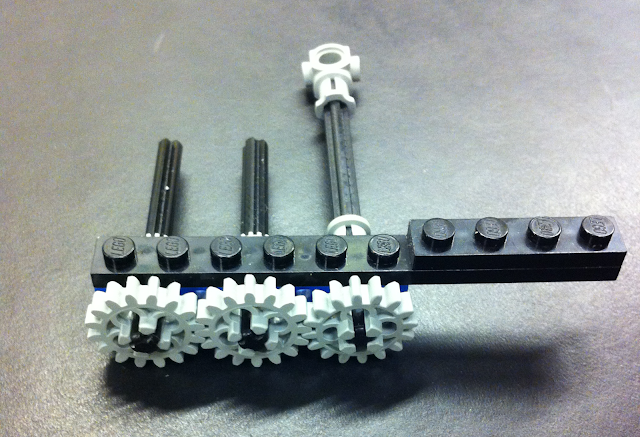 It is difficult to know what combination of gears you need to use in order to slow down or speed up your LEGO Tinkering mechanism. Experimentation is your best teacher, but there are a few tools that make your LEGO Tinkering more effective. First, Sariel's LEGO Gear Calculator is an amazing tool. 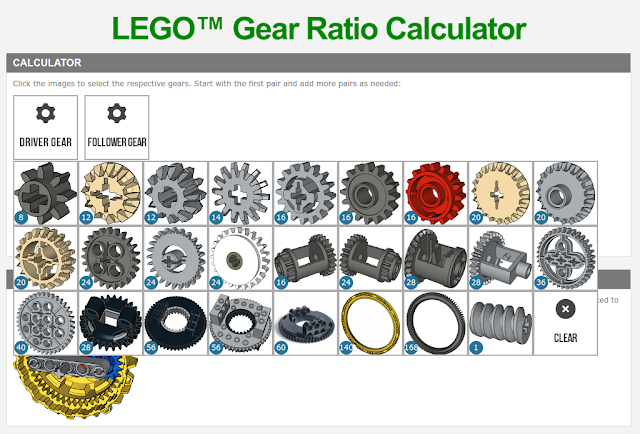 Selecting the driver and follower gears from a list of all possible LEGO gears presents you with the gear ratio and other information as well as offering you the opportunity to calculate the RPM! Using the low gear example pictured above, you can see that the gear ratio is 1:5. 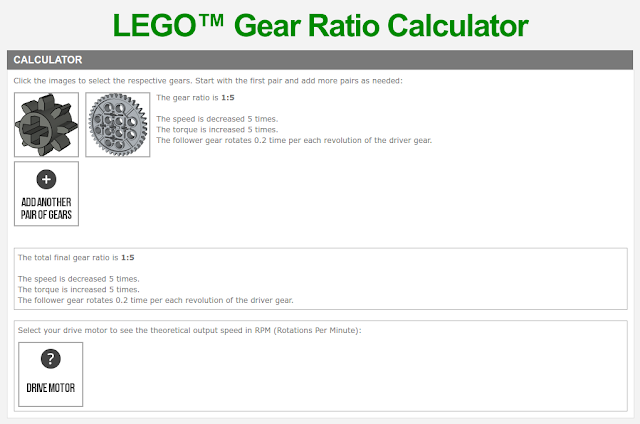 It is not always handy to look up this information on your computer or phone, so Sariel compiled a printable gear-ratio table!

When you use a single motor in your LEGO Tinkering creations you will need to create gear trains if you wish to build complex mechanisms. Gear trains permit you to extend the range and function of the driver gear across the LEGO pegboard. My nod to Duchamp's "Anemic Cinema" makes extensive use of gear trains on both sides of the pegboard to generate slow movement of the mechanisms. 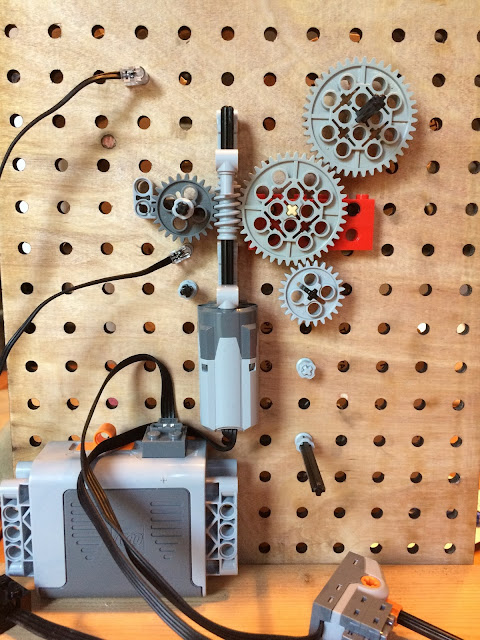 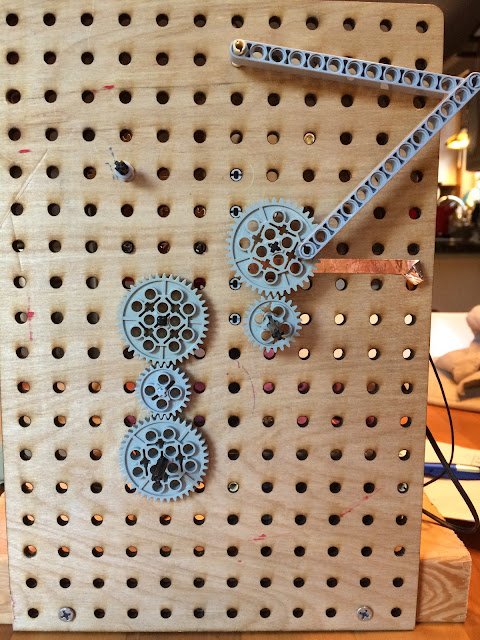 Using the tools above, you will be able to create a gear train that runs the motor at a much slower speed than the motor turns by itself.


Again, experimentation and tinkering are your best tools for learning more about gearing. However, there are a few more resources to help you.