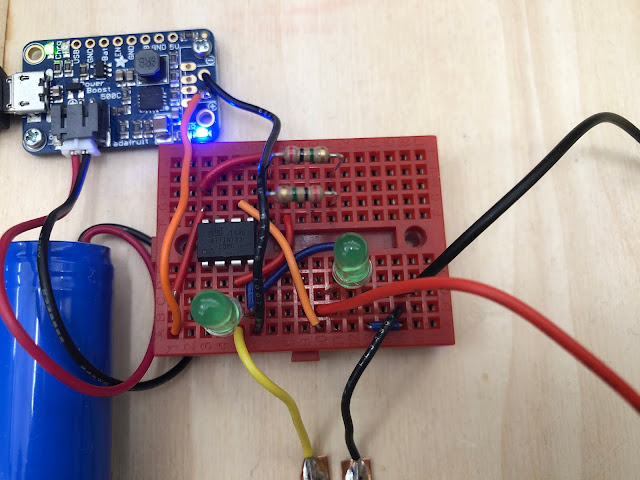 I fell in love with the ATTiny85 after using it because of its low power use in my 3D printed Cybernetic Garden sculpture. I hoped to incorporate it into other projects. Happily, I found a couple different projects to use the ATTiny85!

My friend's daughter gave him a ghost Halloween decoration that was no longer lighting up correctly. It was supposed to cycle through a red, blue, and green LED. I replaced the red LED, which was not lighting up, but it still did not work. Flush with the success of the Cybernetic Garden, I told him that I could replace the circuitry with a new version. I built the new circuit on a protoboard with the ATTiny85 plugged into a socket so it could be reprogrammed. 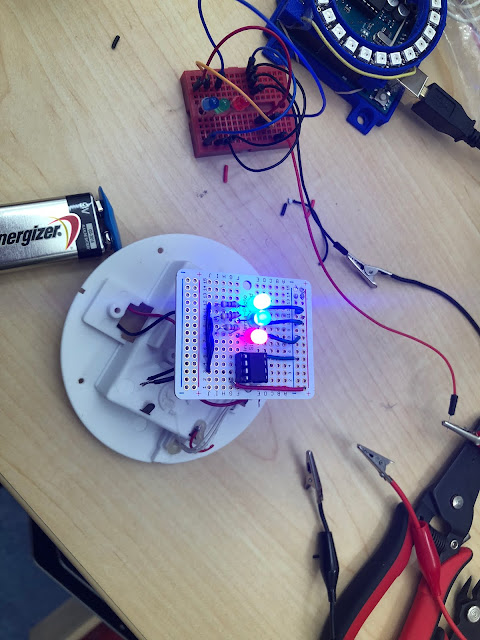 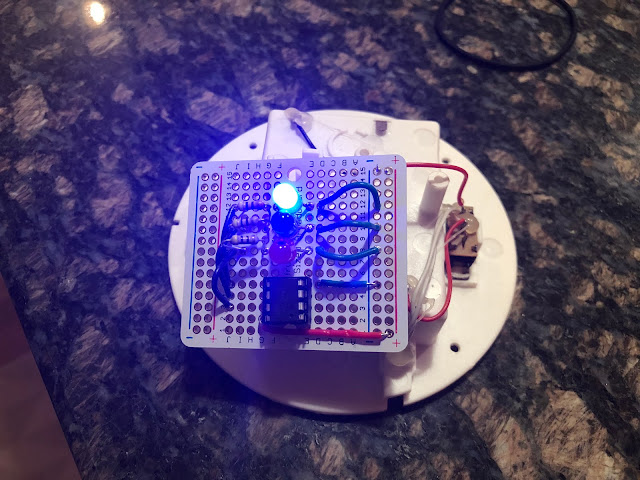 My friends was delighted that we were able to repair his ghost!

My co-worker Gina wanted to craft an light display for the NAIS People of Color Conference. Using conductive copper tape and an Arduino, she soon had a sketch blinking the Chibitronic LED stickers on and off. The idea was people would put an LED under or above a photo of themselves. Being the outside of the box thinker, I put a hole in my photo so it looked like I was holding the LED. 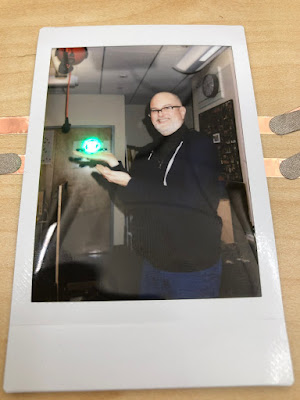 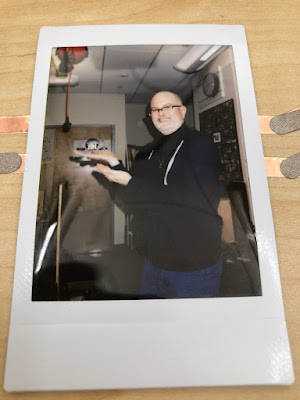 It took me some tinkering (working with materials to learn how materials work) to get the circuit properly wired. Jie was very helpful in answering my questions. I was finally able to reproduce the sticker on a breadboard! 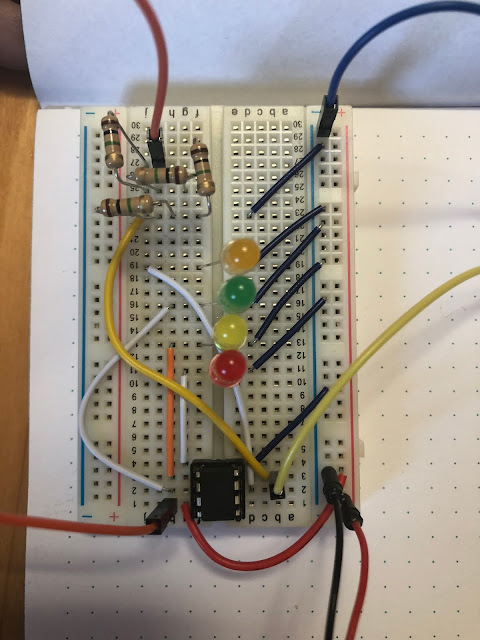 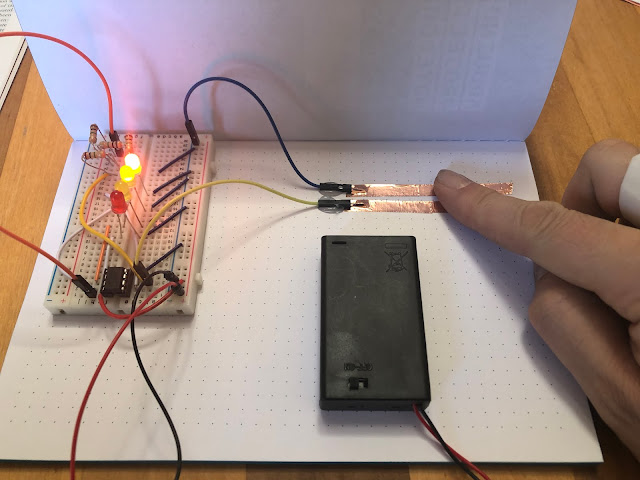 I rebuilt the circuit for Gina on a smaller breadboard for her to take to PoCC. I also added an Adafruit PowerBoost 500C with a LiPo battery and a wall wart to power the circuit. 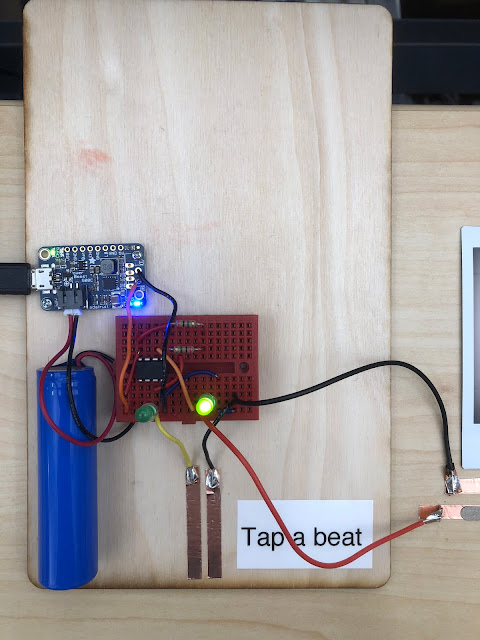 By all accounts people enjoyed building the circuit and making the lights play.

The Communications Department at our school was so excited by this circuit and the project Gina created that they wanted to bring it to The School for the holidays. They helped us create a wall display to which photos of the school community were added. A huge paper circuit and Chibitronic LEDs were added. Because of the size of the circuit we used red and yellow LEDs only: they are "ranked" by ROYGBIV in terms of the on board resistor, so we wanted colors with the highest resistor so subsequent LEDS would light, too. Understanding this required an email with bunnie, who was very helpful, too.

For this project I added an acrylic cover over the circuit. People could still examine the circuit and see the test lights in action, but could not rewired it. 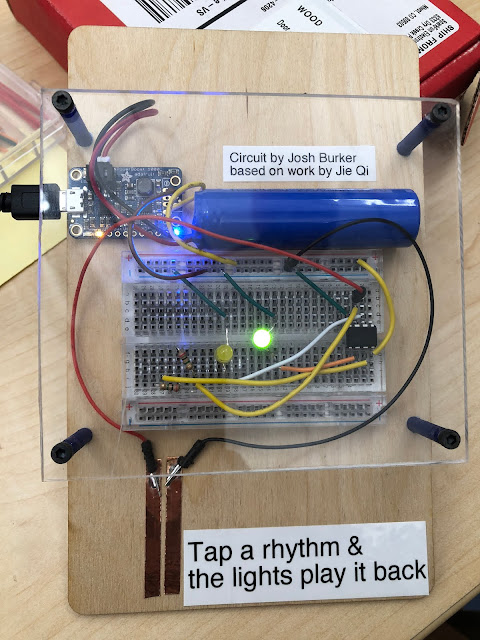 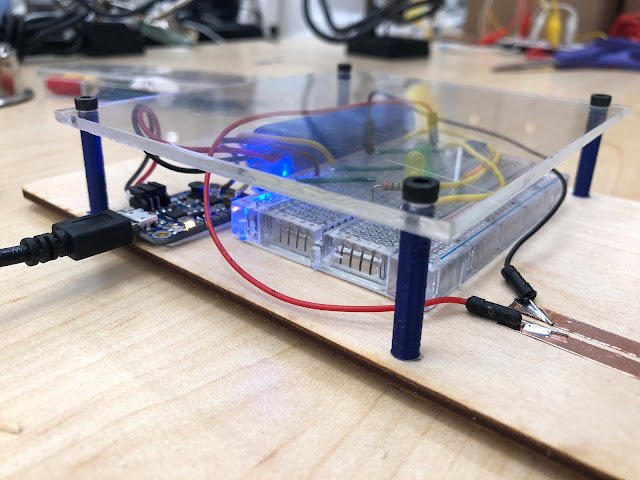 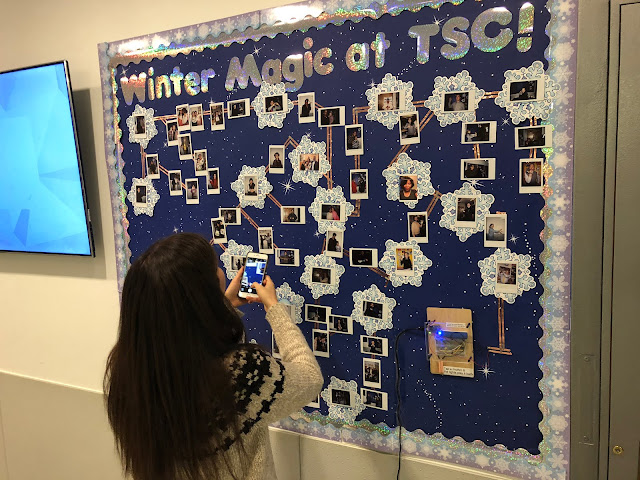 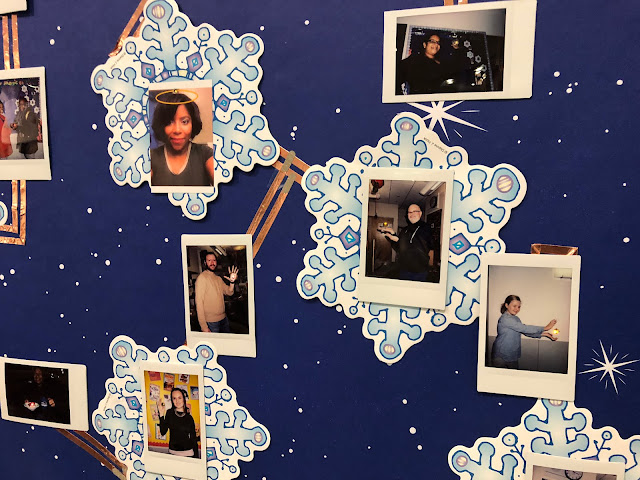 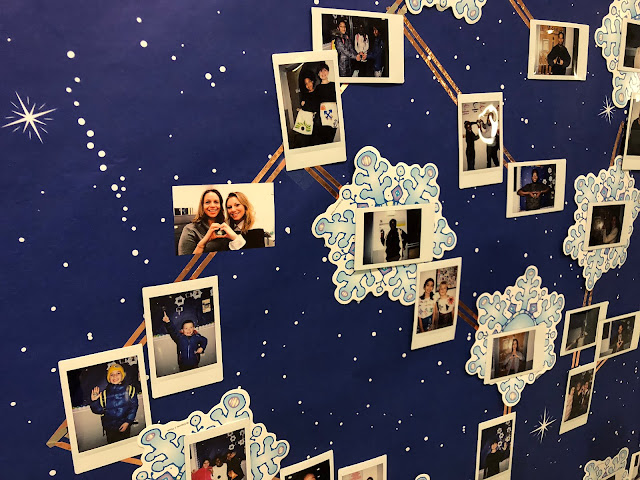 People were excited to pose for their photos and to find themselves on the wall, part of the circuit.

I also 3D printed Scientiffic's ATTiny85 shield. This way you do not need to breadboard the ATTiny85. 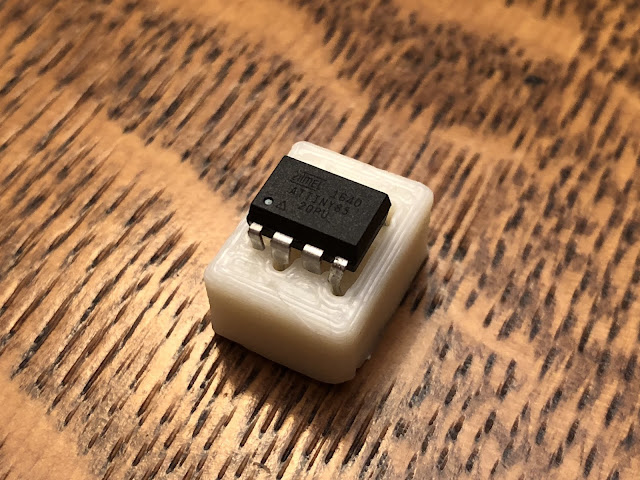 With the help of Zackboston, I have also been tinkering with servos and the ATTiny85. 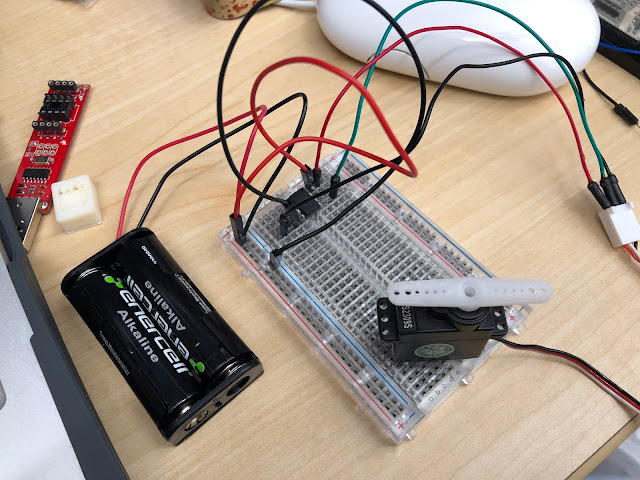