The Death of Checkers 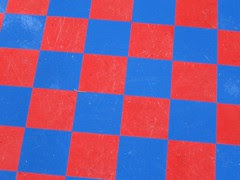 The New York Time's Magazine's 7th Annual Year in Ideas includes an article on the Death of Checkers. Dr. Jonathan Schaeffer, a computer scientist at the University of Alberta, concluded an 18 year study in which he used computers to play to the endgame of this 400 year old board game.

Unfortunately, with 39 trillion possible endgames, all end in a draw. He used massive amounts of computing power in his quest; my favorite quote:

The data requirements were so high that for a while in the early ’90s, more than 80 percent of the Internet traffic in western North America was checkers data being shipped between two research institutions.

You can visit Dr. Schaeffer's site and test your wits against Chinook, the computer program he developed from his research. Just don't expect to win.