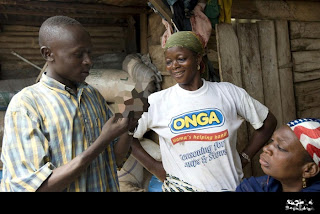 Jan Chipchase has the fascinating role as a "user anthropologist" for Nokia, traveling the world talking to target audiences and gathering data for a human-centered design attempt to design a "$5" phone that can be sold to the last remaining demographic who remain without cellphones: the poor. The NYTimes profiles Chipchase and the fascinating and prescient observations and ideas he has about how mobile phones will be used in the near and long future. I wrote about Kenya's M-PESA program, where mobile phones are used to transfer money between rural and urban areas. The article cites this program as well as others where cellphones are literally determining our one fixed identity in an increasingly fluid and mobile world. Chipchase likes to note:

Having a call-back number, Chipchase likes to say, is having a fixed identity point, which, inside of populations that are constantly on the move — displaced by war, floods, drought or faltering economies — can be immensely valuable both as a means of keeping in touch with home communities and as a business tool.

Chipchase and his Nokia team traveled to Buduburam, an hour west of Accra, Ghana, to show off some new designs, like in the picture from Nima above (the cellphone design is purposefully obscured in the photo). What is really compelling, however, is that the Nokia team set up an office and solicitied next-generation dream designs from the very people they hope to one day sell phones to.

Chipchase's on-the-ground approach to market research is fascinating, and the Times' article is well worth the read for the wealth of ideas that are discussed. Make sure you check out Jan Chipchase's blog as well, which includes many on-the-scene photos of research in action.

As a bonus, here is Jan Chipchase presenting "Connections and Consequences" in March 2007 at the TED Talks: