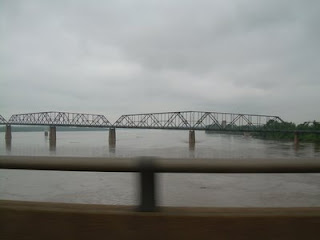 This morning we crossed the Mississippi River, a milestone in our road trip that is losing its charm as the days wear on. The dog must think she has been adopted by a couple of nomads and seems to have consigned herself to the possibility that this will be her reality for the rest of her life: traveling from hotel to hotel at 7 hour chunks of drive time a day. Depressing to say the least. But the end is in sight.

We listened to Stufjan Stevens' Come On Feel the Illinoise, a gift from Garrett from a few Christmases ago. It was great to see some of the town names mentioned in the songs along the highway and on the map. Great album.

Pulling off the road in Haute Terre, Indiana, we drove up and down the strip looking for some place authentic and local to eat. Defeated, we ended up at a Quiznos. Part of the fun of having a dog is the exclusion from restaurants and other establishments, so you get to improvise and find someplace, preferably shady, where you and your hound can sit down for a spell, have some lunch and a bowl of water, and get off the road for a bit. 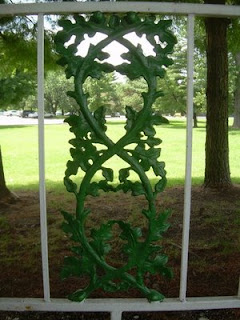 I drove a couple blocks back from the main road then cut right for six or seven blocks. Just as I was about to give up I spotted Fairbanks Park. What a perfect place for a picnic, with a nice river flowing lazily next to it, plenty of covered picnic spots, and some public art. 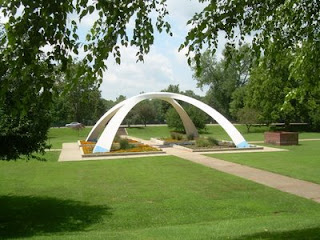 Additionally, the Chauncey Rose Memorial Plaza was at the park, too, opposite an amphitheater. 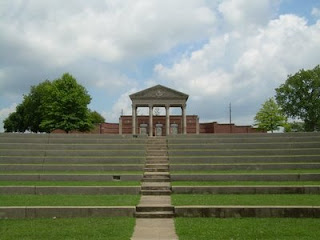 Chauncey Rose was an all-around good guy and local hero. He left money to build an orphanage and a hospital for the poor. Meg thinks he looks a bit like Zoe. 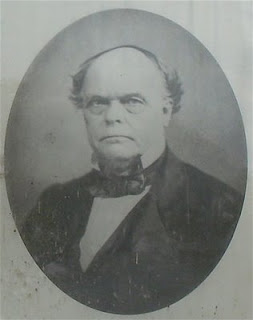 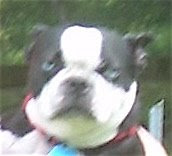 GeekGas reports cruddy gas mileage today, probably attributable to high speeds coming into St. Louis before the heavy rains hit. 33.0473 mpg over 285 miles. I think the second tank we worked on today should get better mileage; we'll find out when we fuel up tomorrow.
Illinois Ohio road trip