Day Five: Hangin' with the Burkers in Chandler 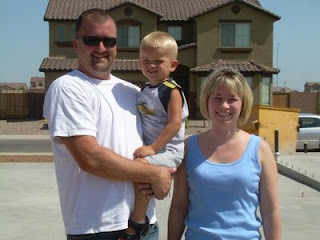 We headed over to Maricopa, AZ, to the build-site where Adam, Jody, and Tyler's new home is being built. We took a look at the slab and Adam and Jody walked us around to explain what was going where. Afterwards we toured a couple of model homes for the development to see all the various configuration options. 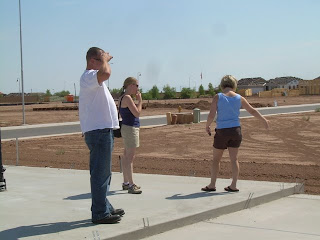 Afterwards we went over to Jody's parents' home to take a dip in their nicely cool pool. We even got in a game of Marco Polo. 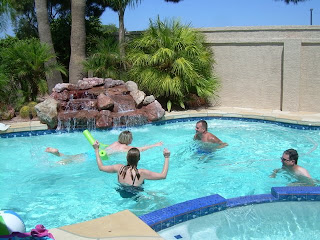 They have two dogs, a pug and a shitzu, who Zoe got along with and played with.

After swimming Tyler and Tim entertained us with Tim's organ, which made all sorts of cool sounds. Tyler liked the train sound and the reindeer bells. 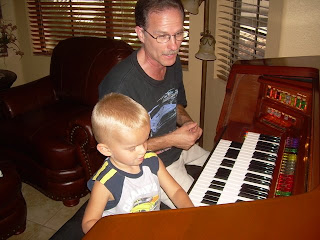 When we got home we were pretty worn out from playing in the pool and being out in the sun. While I worked on the blog Meg and Tyler played with Play-Do. 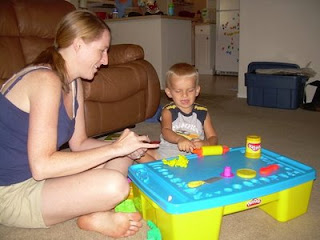 It wouldn't be a trip to Arizona without a little scorpion hunting! We went over to Jody's brother Dave's place. He has a LED blacklight flashlight and when you shine it around, the scorpions phosphoresce. 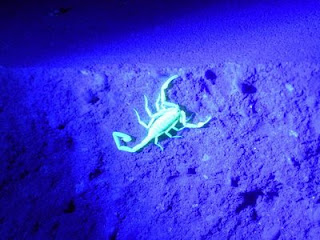 It was great to be off the road for a day, to get to spend some time with the Arizona contingent of the Burker clan, and to splash around in the pool. Tomorrow we get back on the road to head to Albuquerque, New Mexico.
Arizona road trip