Getting the Gears Turning at CMK10 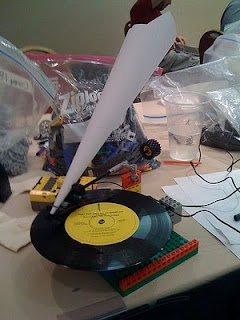 I had the pleasure of attending Constructing Modern Knowledge 2010 this past summer. It was a transformative experience for me that got me thinking in new directions about how I use technology in the classroom.

While there I had the pleasure of working with John Stetson, who is pictured below with his "Bullying Machine." 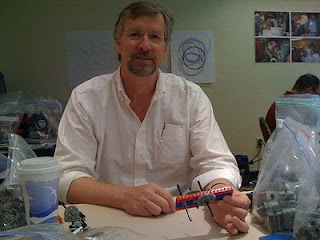 The Bullying Machine is a fun demonstration of how gears work. One person tries to keep his her her side from rotating. The bully, on the other end of the device, can turn it effortlessly, while the person at the other end is absolutely unable to stop the device, all because of the magic of gears. John built a number of different machines that demonstrated how gears work and how they could be put to use. 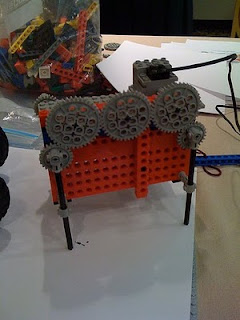 The second project I worked on at CMK, a Lego turntable, could have benefited from me better understanding how gears worked. Granted, I built and programmed it on the last morning of CMK, but I believed that the speed of the turntable could be controlled completely via software, in my case Microworlds EX, since there is a motor speed setting. However, over time it became obvious that software was not the solution but rather hardware, in the guise of gears, might have got the turntable spinning at the right speed.

I took the lessons I learned about gears back to school this fall and started an after school Lego Club. First, I built one of John's Bullying Machines. I was happy that a first grade student saw how it worked and requested to build his own. 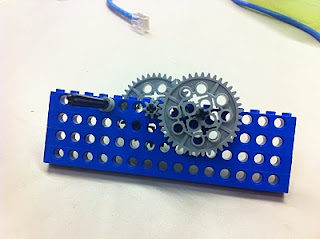 Next, I rebuilt my Lego turntable. This also proved to be an interesting project for some of the students. Three of them set about building their own turntables, and one student saw the build through to the end and was able to scratchily play a record. 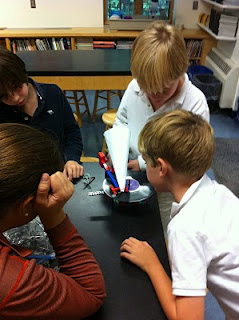 I continue to learn more about gears and how they can be incorporated into my builds. My latest construction is part of a Lego orrery. It is by no means realistic but it got me thinking in new directions. 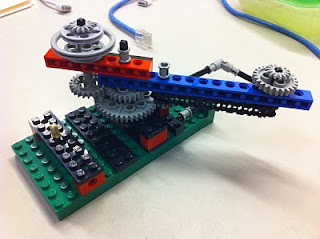