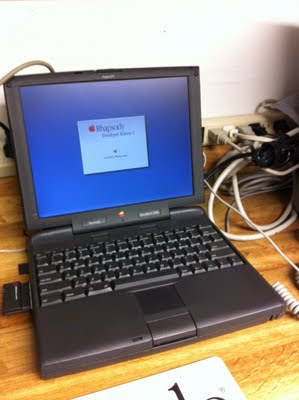 I decided to dust off the PowerBook 3400c that has Rhapsody DR2, the precursor to Mac OS X, installed on it and give a multimedia demonstration.

The Workspace Manager, called the Finder on the Mac, should look familiar to anyone who has used NeXTSTEP or Mac OS X in columns view. 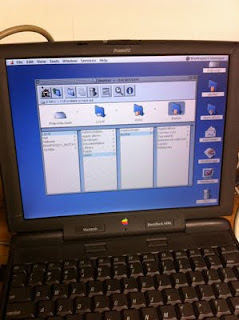 You can access the Terminal.app from the Apple Menu. 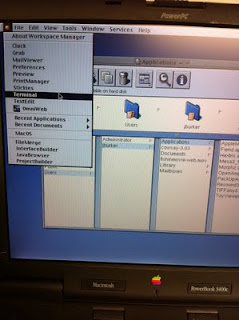 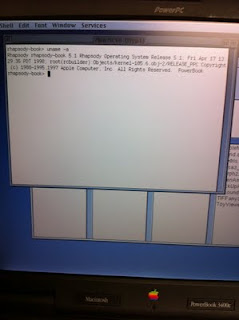 Previously, I moved a QuickTime LEGO stop-motion movie that I created on a Mac over to the Rhapsody PowerBook. Here is a demonstration of me playing that movie full-screen in QuickTime Rhapsody DR2. Note that on the PowerBook 3400c I could not get QuickTime audio to work.
Rhapsody DR2 was definitely a beta, and that spinning rainbow of death does make an occasional appearance. 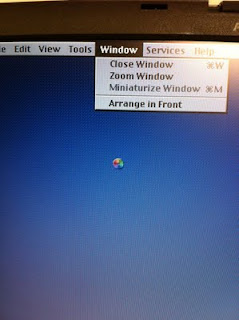 All in all Rhapsody is a pretty powerful multimedia operating system and an interesting glimpse at what would develop into Mac OS X.
Lego Mac OS X PowerBook QuickTime Rhapsody stop-motion