December 19, 2011
My mom bought my 4 month old son a MurphLab LED Art Kit from the MakerShed. I put it together for him. I built a temporary container for it from a tie box I received for Christmas. I hope my father-in-law will help me by building a wooden case for the device.
The kit comes with a piece of cut matte board and a "lens," a piece of plastic through which the light shines. 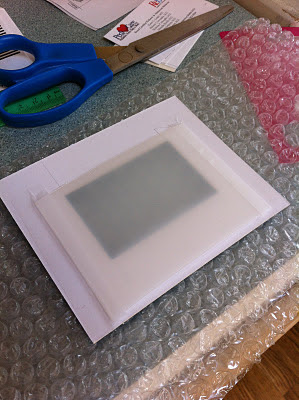 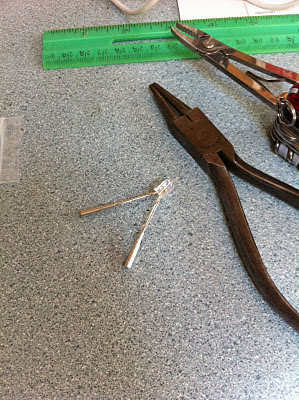 It is a good idea to label the terminals as you build the LED array. Here is the negative terminal. 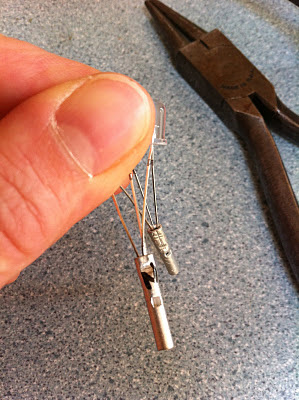 Next, the LEDs are connected to the power supply. 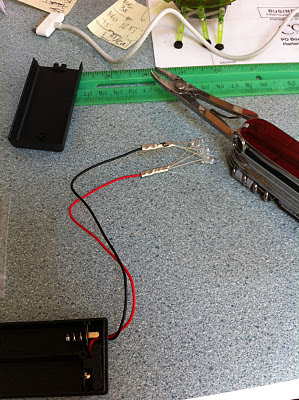 Next, my attention turned to the temporary case for this project. I received a tie for Christmas that came in this handy box. I cut off one side and repurposed the stock to make an open area in the box for the power supply switch. 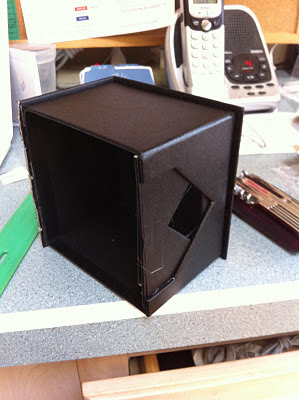 I built a shelf for the LED array to sit on and hot-glued it in place. 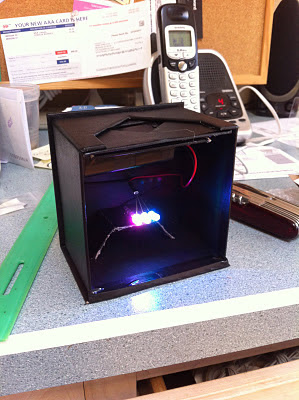 I followed the direction's suggestion to put a dab of hot glue on each of the LEDs to distort the light. It produced a great effect when the box was closed up and the lens was in place. 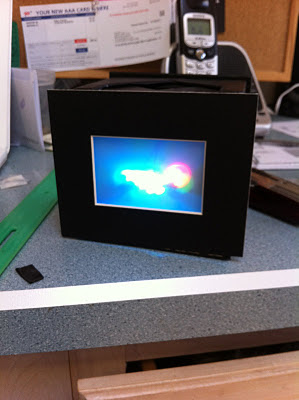