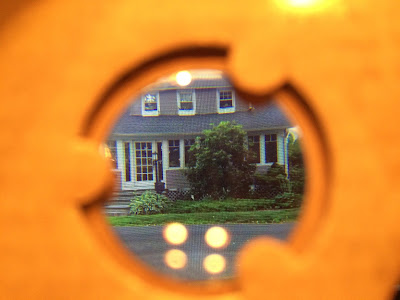 I built my viewer around plans I found online. I did not cut holes for light since I would be using a smartphone screen to display my images. 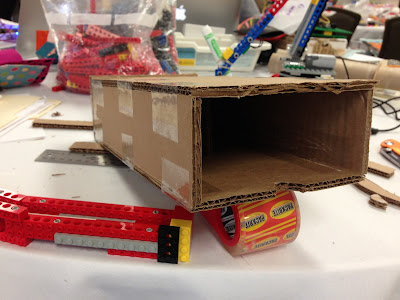 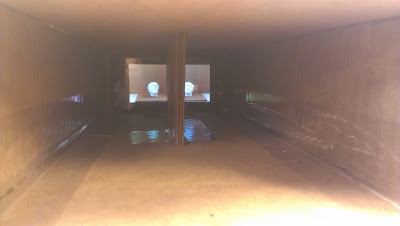 I built a small jig from LEGO. I could set the smartphone on it, take a photo, then slide it over and take the second photo. It was not perfect but it worked. 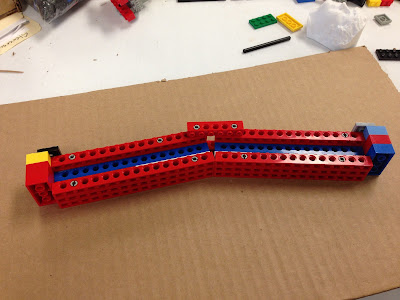 My friend Jaymes brought a 3D printed copy of his head so I photographed it. I used my laptop to resize the images and paste them side by side. I then emailed the photo back to myself to put it on the phone.

Though the focus was off because of the distance of the smartphone from my head, it worked!

I was excited when Google Cardboard was released in 2014 to see how it improved on my design. With a better VR headset, I also needed a better stereoscopic photography jig.

I remixed the 2L Bottle Cap Start to include a slot for a wood tongue depressor. 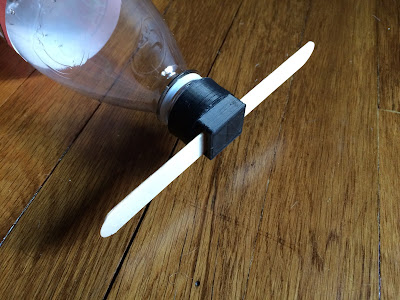 The same slot was duplicated and added to a second clip that holds a second tongue depressor parallel to the first. Hot glue was used to secure the clips to the two tongue depressors, leaving it free in the bottle cap adapter part. 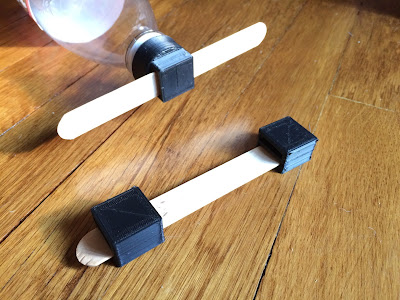 Clipped together, the jig makes a stand for a smartphone. The bottle is filled with water to help keep it upright. The smartphone is attached with rubber bands. Slide the camera to one side, take a photo, then slide the camera to the other side to take the second photo. 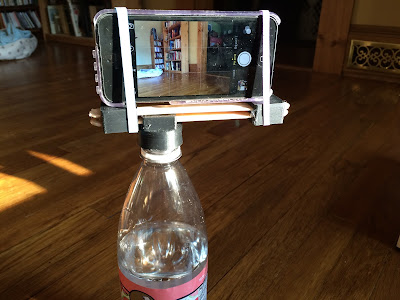 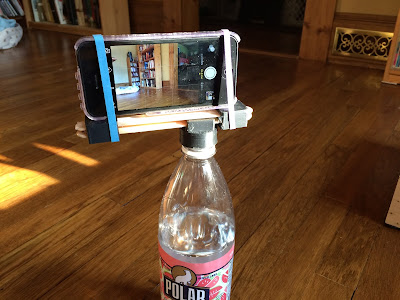 There is enough distance between the two images that after resizing them and pasting them side by side (I use Paintbrush on a Mac) they work quite well with Cardboard. I need to play around with the zoom and left to right placement on the phone but then the image pops into three dimensions!

In the image above, the blades of grass were distinctly visible and showed the depth of the image. Incredible!

You can download the parts and 3D print your own. You might have to play with the measurements: they were designed to be printed on my Thing-O-Matic at .3mm layer height, 2 shells, 15% infill, 3mm filament, MK6+ extruder.

Here's a gnome that works really well in Google Cardboard! 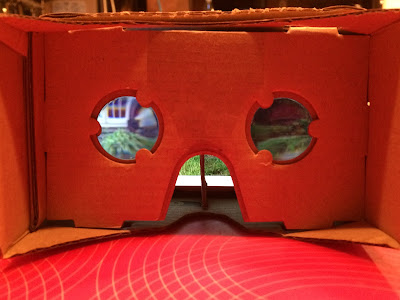 Todd said…
Hey Josh,
This is cool. I've been interested In exploring Google Cardboard. I really like how you worked through this challenge!
July 11, 2015 at 7:49 AM