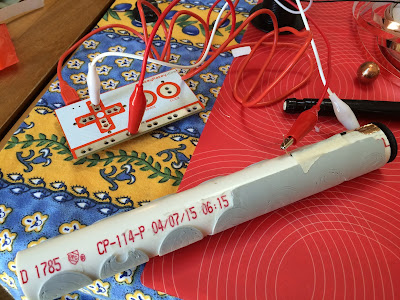 My four year old son and I are working on recording an album of his music. I wanted to invent a musical instrument for him to use with his OLPC XO-4 laptop and Scratch. Fortunately, there is a MaKey MaKey project for Sugar that enables you to use the MaKey MaKey with the XO-4.

The musical instrument needed to be very simple for a four year old to use. I have on my back burner a similar idea to the one I used here. I based the instrument around a piece of PVC pipe from a failed project. I also got out some 3D printed tube caps that I designed to fit into 3/4 inch PVC pipe ends, some solid core wire, some conductive copper tape, and the MaKey MaKey. A glass marble, wrapped in a layer of conductive copper tape, was also included. 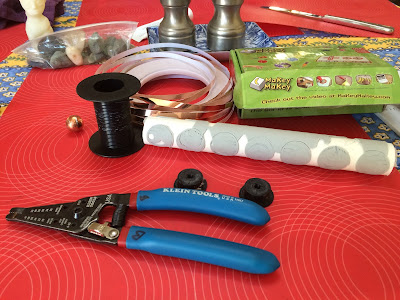 The "key" was wired through the cap. My son helped me use the wire strippers! 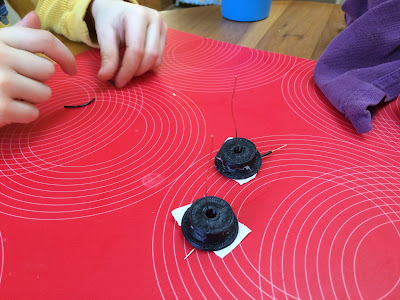 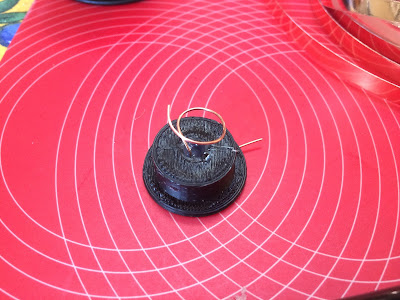 The ground was built with conductive copper tape inside the tube. Overlapping strips of tape lined the interior of the pipe. 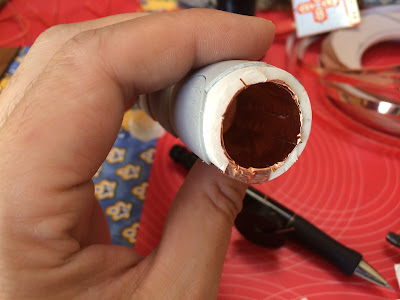 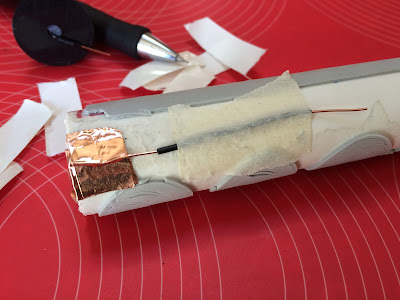 A wire was added to the ground.

Using needle nose pliers, I made the ends of the wires much less pokey. 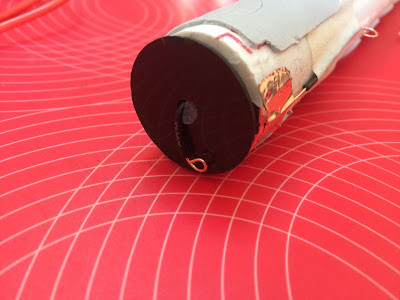 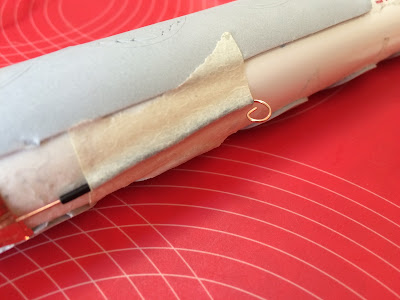 The marble is put inside the PVC tube. When it comes in contact with the copper tape ground and the spiral of wire hooked to a key, the circuit closes. Scratch makes the sound assigned to the key press.

He chose a couple of sounds he liked and we tried his new instrument.

The OLPC version, like the Linux on my Ubuntu laptop version, suffers from a weak sound driver that makes everything sound the same. We hooked it up to a Mac and made some sounds, too.

This home-brew tilt switch is made possible by a little clever circuitry and the MaKey MaKey. Can you build one, too?
circuit Makey Makey making music programming Scratch tinkering