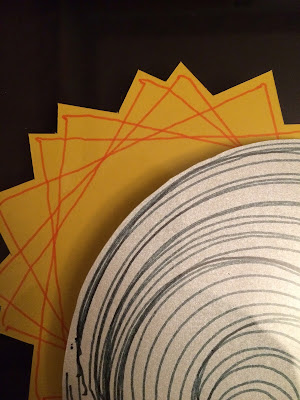 I took a LogoTurtle to a friend's house to use it with his son, a seventh grader. He thought it would be fun to program a drawing. Typically, I start a person designing in TurtleArt then help them convert the design to the LogoTurtle.

It did not take him long to program an "eclipse" design. 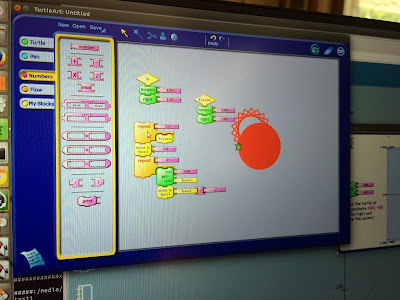 Likewise, we had little trouble converting the drawing to the LogoTurtle. 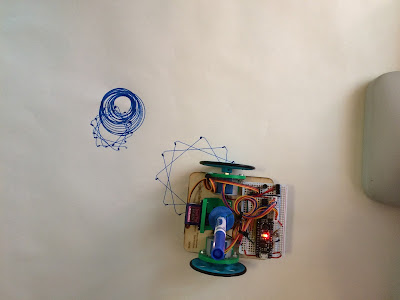 We iterated on the size and the number of repetitions. Before losing interest, the student reached this design. We added wait and pen up and pen down commands to add contrast to the drawing through color change. 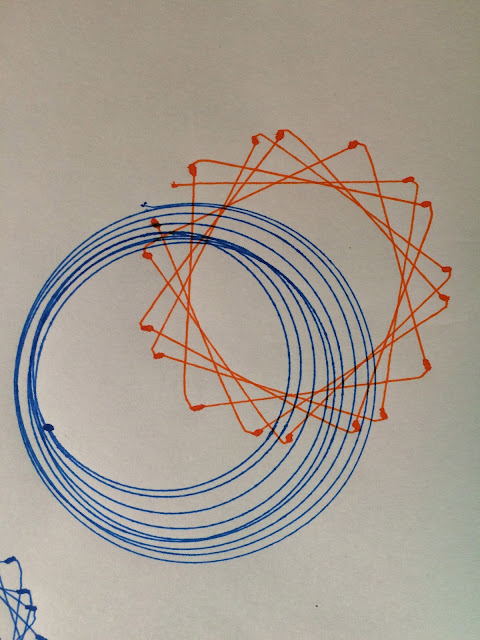 I was taken by the design and continued to remix it when I got home. 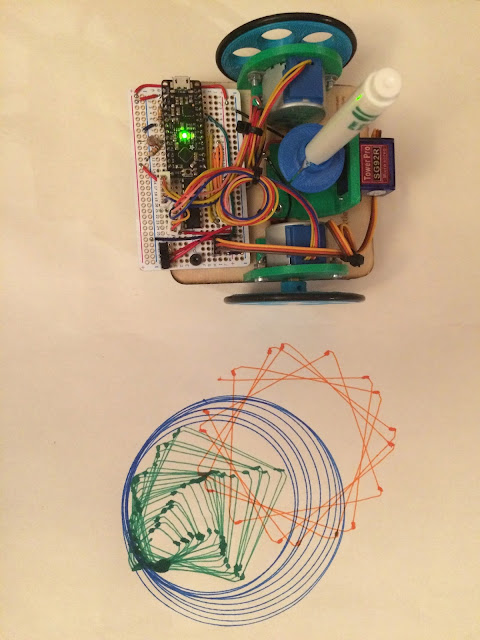 Reflecting on it, one would see the moon, not the earth, passing in front of the sun in an eclipse, so I continued to iterate on the moon procedure.

I used math to make a difficult design easier. The LogoTurtle draws an arcrt :radius 365, with :radius as a variable that starts at 140. On each repeat the radius reduces by 5, while the LogoTurtle also turns right 90, goes forward :radius / 35 (since the repeat happens 35 times), then left 90 to set up for the next arc. 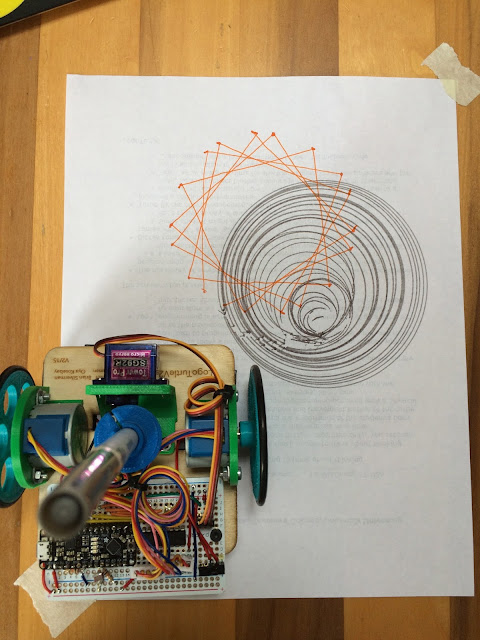 The design was close to what I wanted but not quite there. I decided to experiment with different papers. The first was too heavy with too much curl in it for the LogoTurtle to draw accurately enough for me. 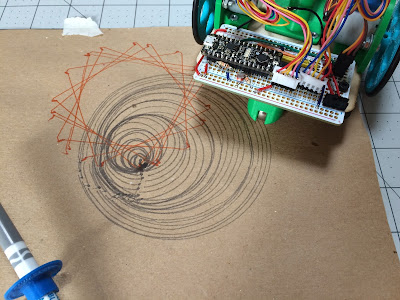 Måla paper from IKEA comes in awesome colors and is a nice weight. I separated the procedures and ran them on yellow Måla paper and some cool silver paper I purchased a while ago at Staples. 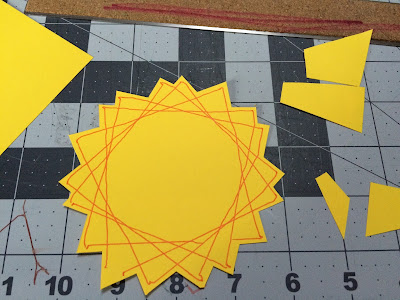 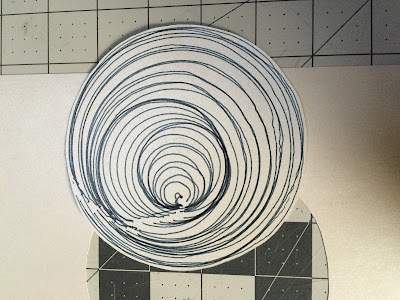 I used an X-Acto knife, a ruler, and a steady hand to cut out the drawings.

I mounted the drawings on hand-made paper hinges and framed them in a shadow box. 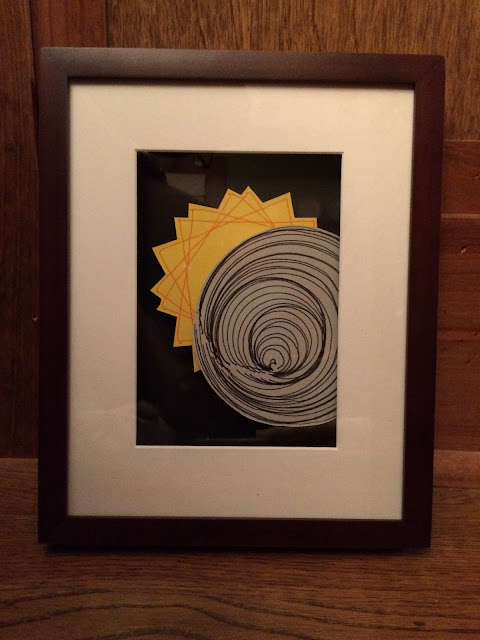 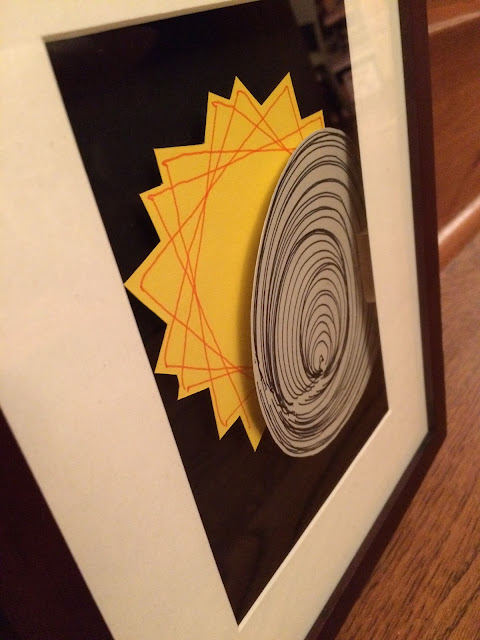 At first I was uncertain whether I liked the idea of running the "Eclipse" procedure as separate procedures, since the original "Eclipse" was written as a single LogoTurtle procedure. However, the finished piece is worth the remix, and can be considered a experiment with mediums and programming just as the pen change was earlier in the design iteration. It now hangs with the other LogoTurtle drawings in my stairwell.
art Logo LogoTurtle math mathematics programming shadow box TurtleArt