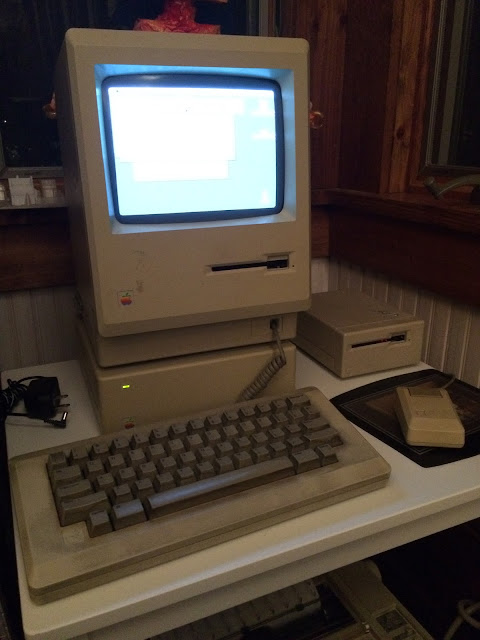 In preparation for Winter Storm Stella I got the Mac 512K to boot to the HD20. Well, almost boot: the Mac 512K cannot boot from the HD20 but rather can boot from a floppy with the Hard Disk 20 INIT on it. The floppy boots the computer, then under the "Welcome to Macintosh" message "Hard Disk 20 Startup" appears and the floppy ejects. The Mac 512K is then booted to the HD 20 and can run applications from the hard drive, albeit at the speed of a floppy. The Vintage Mac World Notes on the Hard Disk 20 was invaluable in helping me remember how to make this magic happen, as I used the HD20 with a Mac Plus for the past 30 years.

I learned at the same time the "Feathers & Space" from 1985 was recovered and posted to the internet. This was one of the first games I had on my Mac 512K in 1985 and though I still had the floppy it was damaged and unplayable. I learned that DiskDup+ was the way to convert the .dsk archives back to physical floppies. I used a PowerMac G4 for its USB ports, a USB drive to move the file from an internet connected computer, a USB floppy drive to put the file on a 1.4 MB floppy disk, and then using a Quadra 610 and DiskDup+ to write the 400K floppy: whew!

It was worth it! 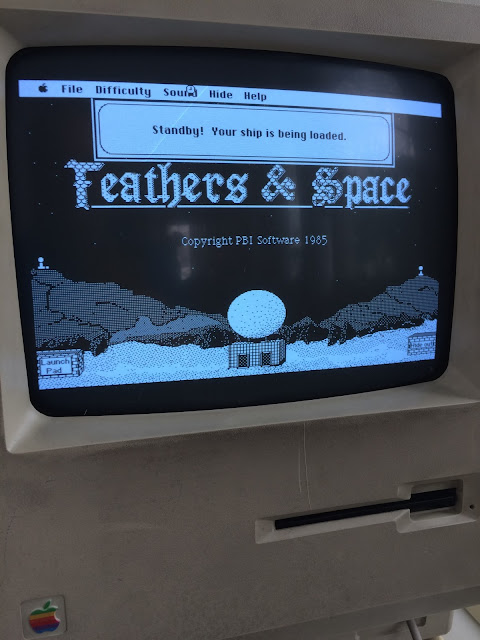 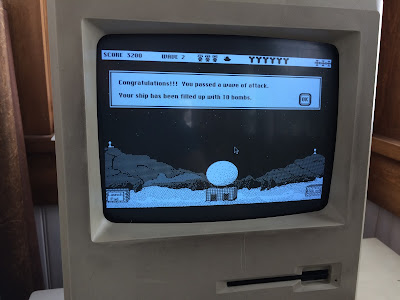 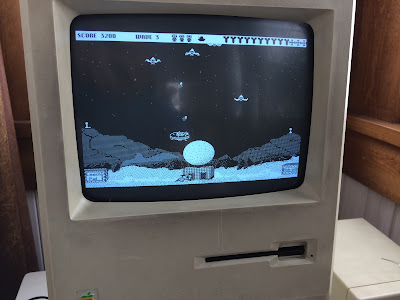 My son was super interested in some of the old games. We had fun taking turns playing them and cheering each other on. 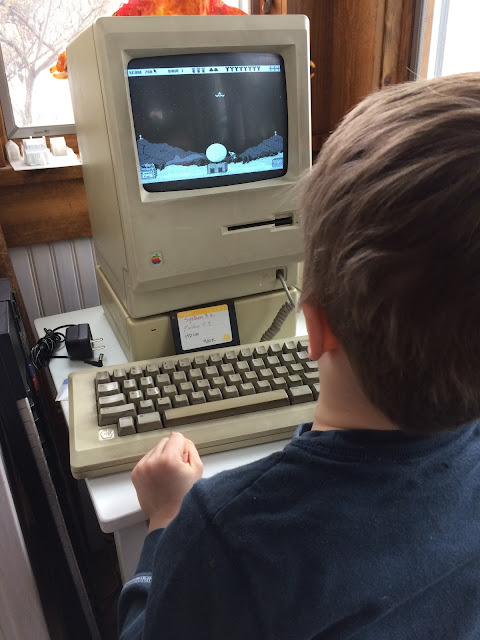 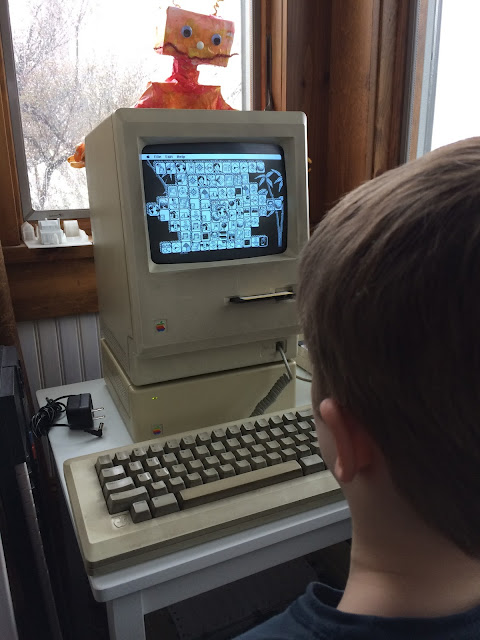 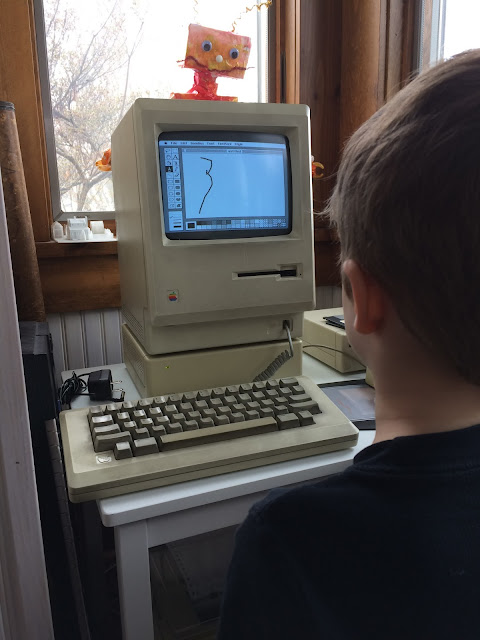 We both loved Gun Shy, a great matching game. We never beat it! 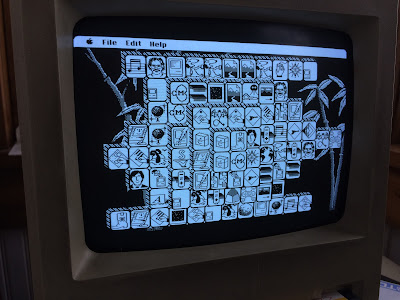 I love all the old Mac icons and was able to identify many of the programs that they came from: ResEdit, ThunderScan, FWD Toolkit, Servant, Megaroids, MacDraw, Mathmatica, Crystal Quest, etc. I love the Bill Atkinson icon, and I noticed that the Steve Jobs icons have variations on his smile, smirk, and frown.

It is amazing that 32 years later this hard drive and computer still work. The number of programs you can run on a Mac 512K is limited, but each is a little gem.

Unknown said…
Feathers and Space was one of my most favorite games on the old Macintosh. I love that you shared this gem of a game with your son! Awesome!!! I wish I could play it again. I'm so glad you posted this, as I haven't been able to find info on this game online, and I wasn't sure I had remembered the title correctly. Yay!!!
December 20, 2017 at 2:27 PM