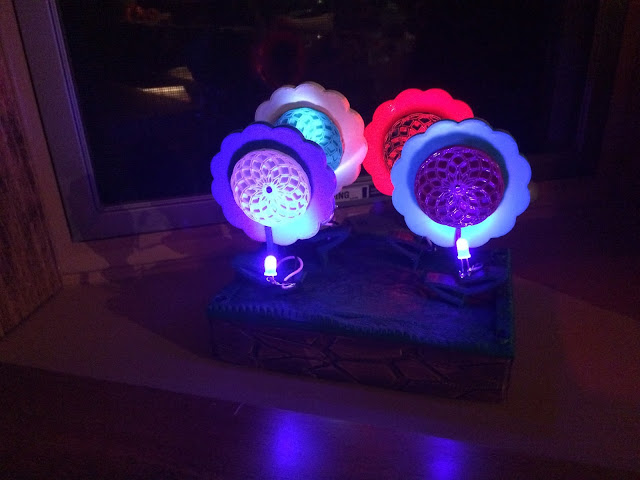 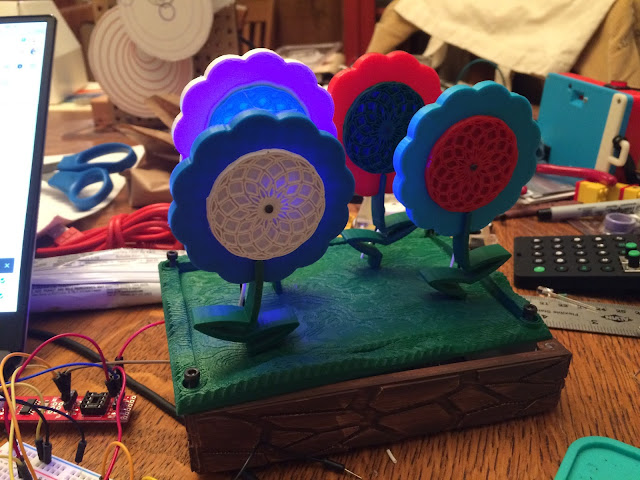 Ever since @zackboston gave me a few ATTiny85 microcontrollers I had been looking for a good project to integrate one into. I decided to remix a previous 3D print of a TurtleArt flower I programmed. 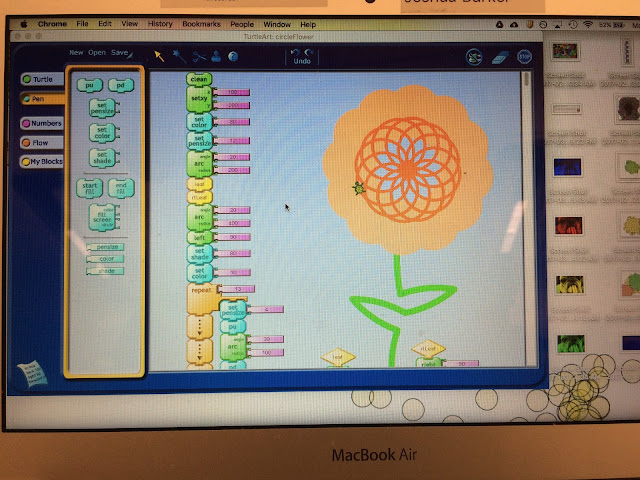 Instead of a single flower I would 3D print four and add LEDs, controlled by the ATTiny85. My reasoning behind using the ATTiny85 was its low power consumption: I hoped to place a few batteries in with the circuit, close it up, and have it run for a while. In order to achieve this I also needed to integrate a light sensor into the circuit so the LEDs came on only when it got dark in the room.

I 3D printed the flowers in a variety of color combinations. The ground is Tinkercad's "Terrain" community shape, which looks awesome. 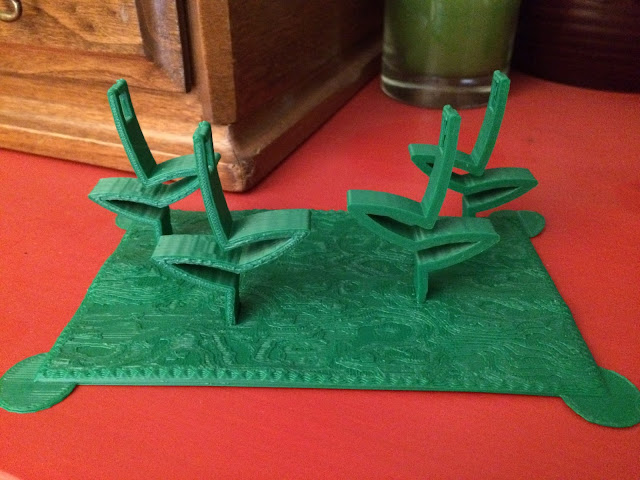 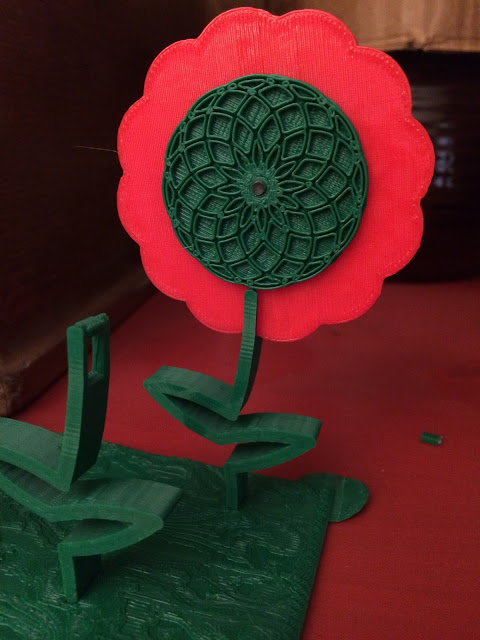 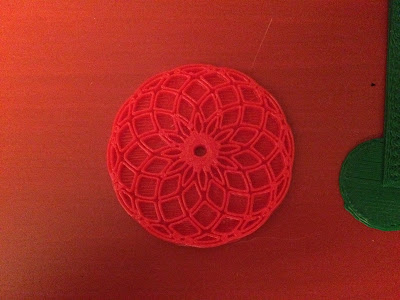 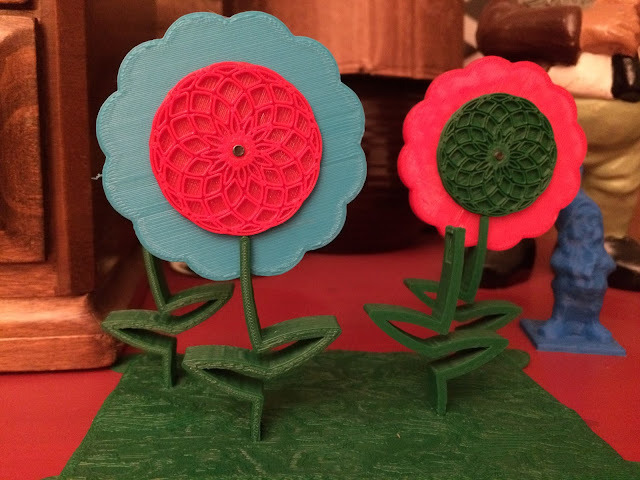 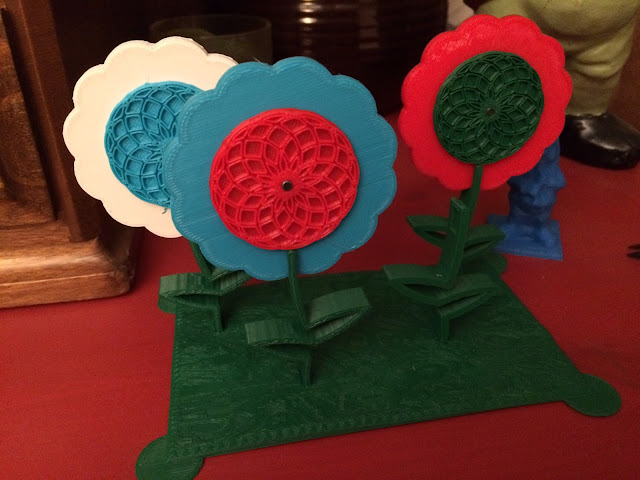 For the base I remixed a box whose texture mimicked the soil under the garden. 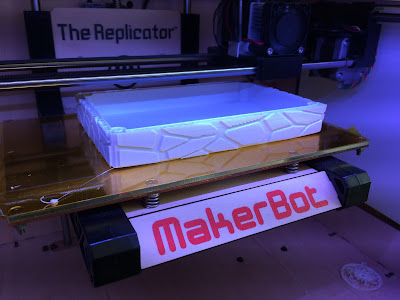 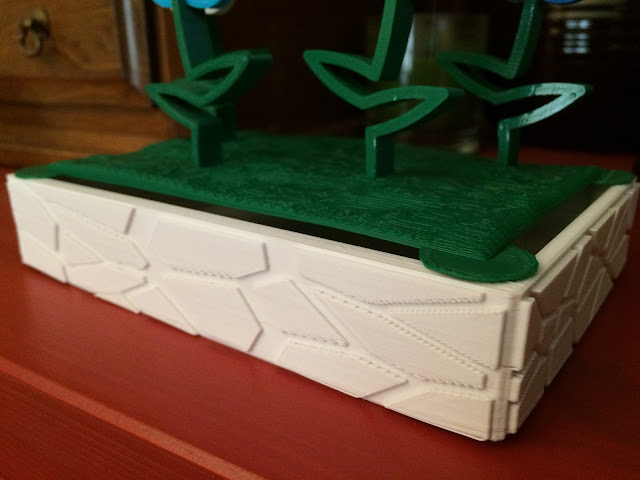 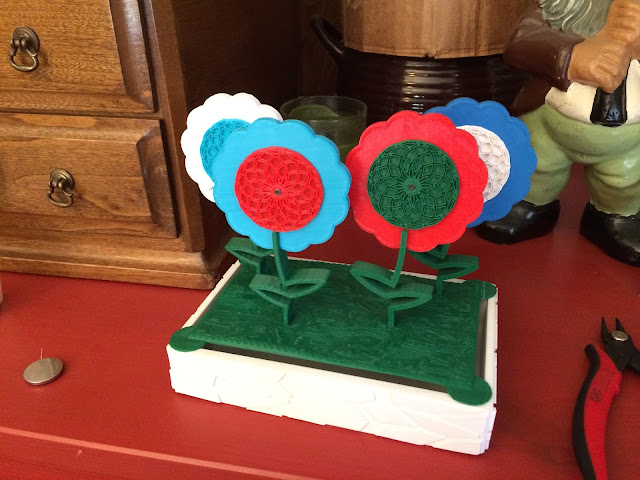 I also 3D printed a bracket to attach the terrain to the box. The ground model press fits into the bracket. The bracket attaches to the base with M3 machine screws. 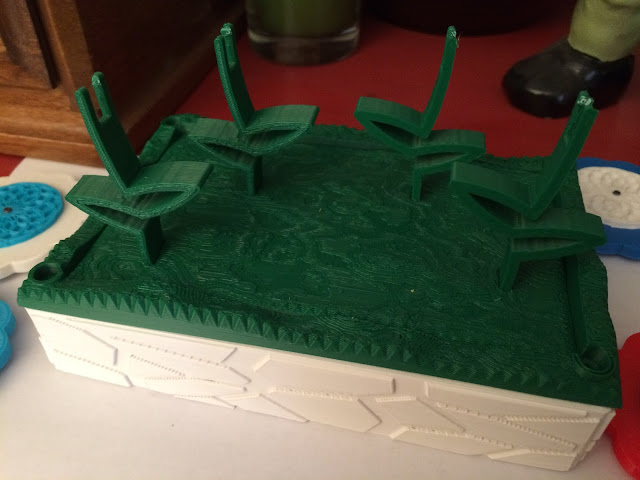 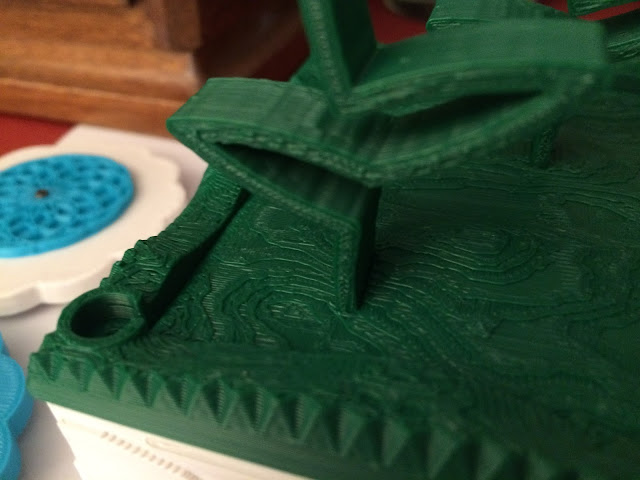 I also primed the base with a spray primer and painted it with acrylic paint. 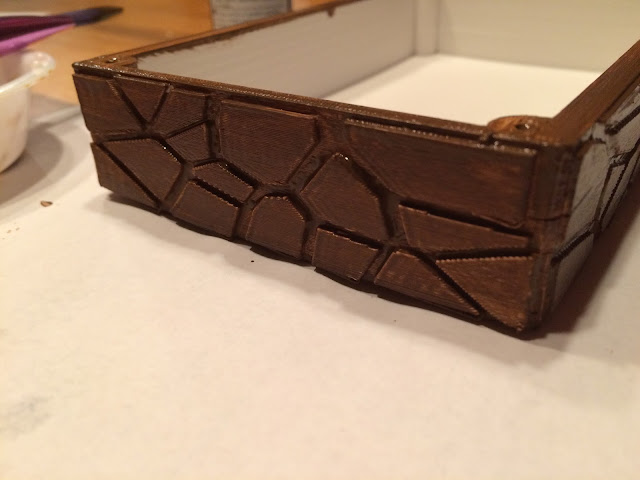 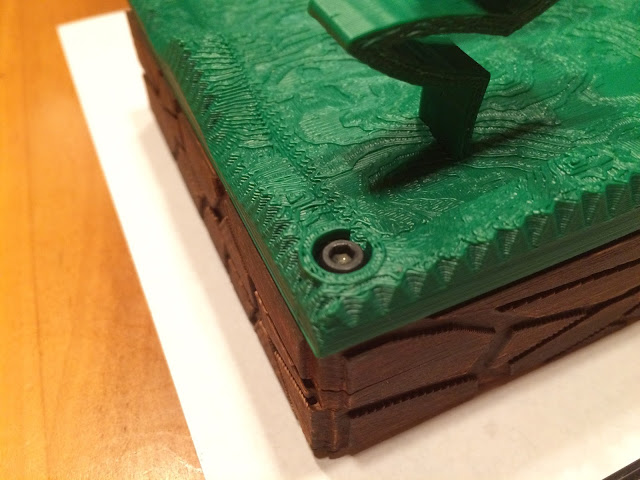 Finally, it was time to program the ATTiny85. First, I loaded a blink sketch to make sure my Arduino IDE worked. 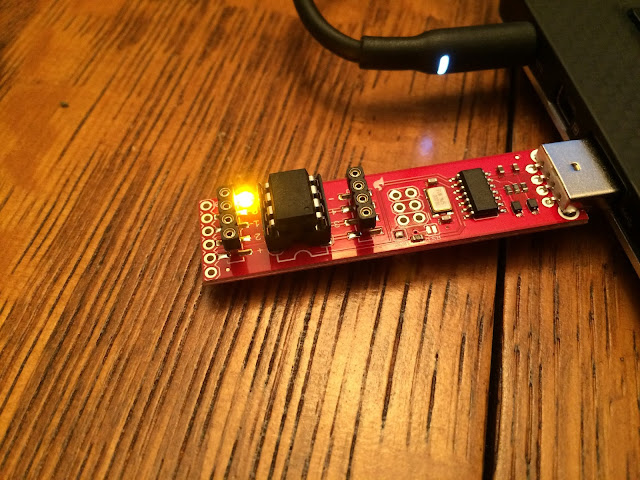 After working on and debugging my sketch for the LEDs and light sensor I breadboarded the circuit and components. 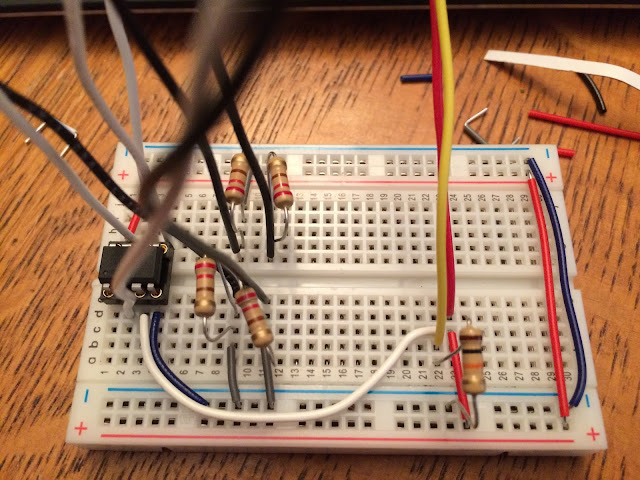 The wires went through holes drilled in the "ground" and in the back of the box. 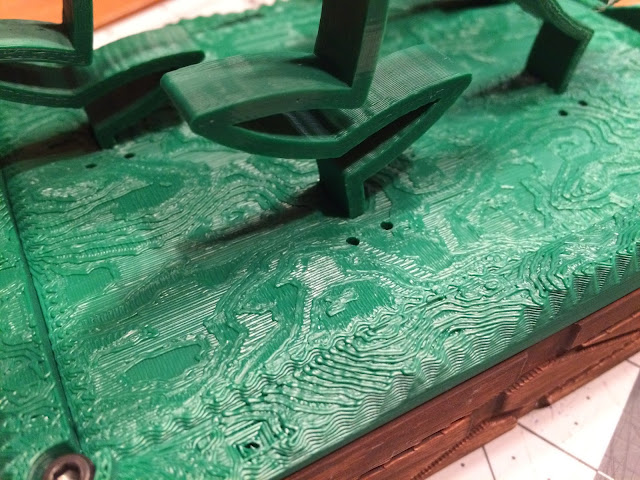 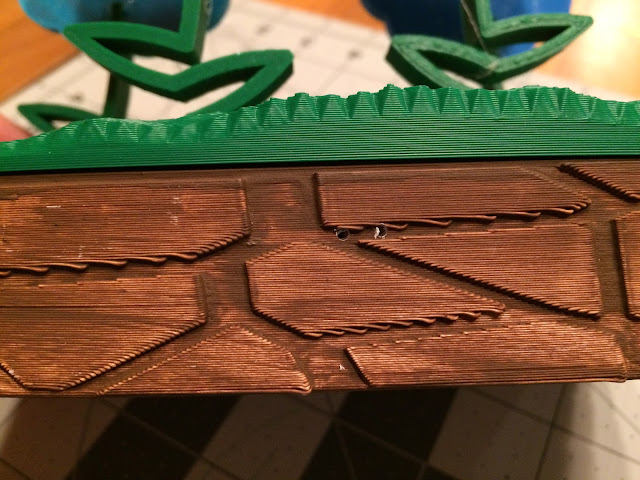 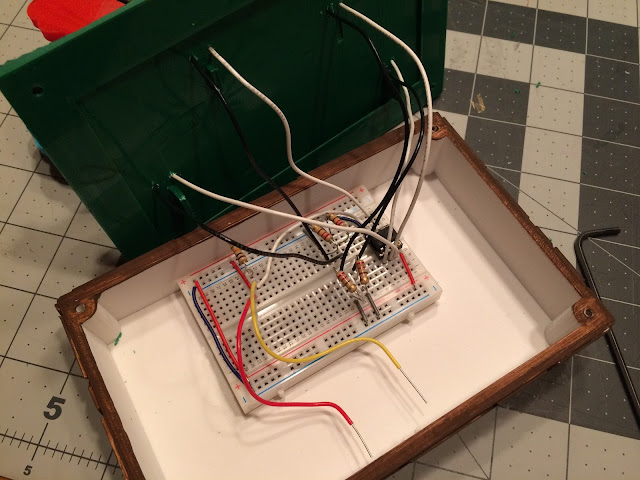 The LEDs come on when the room gets dark. 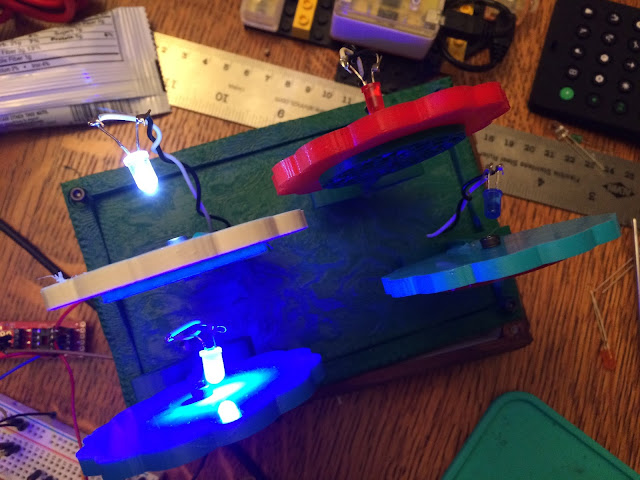 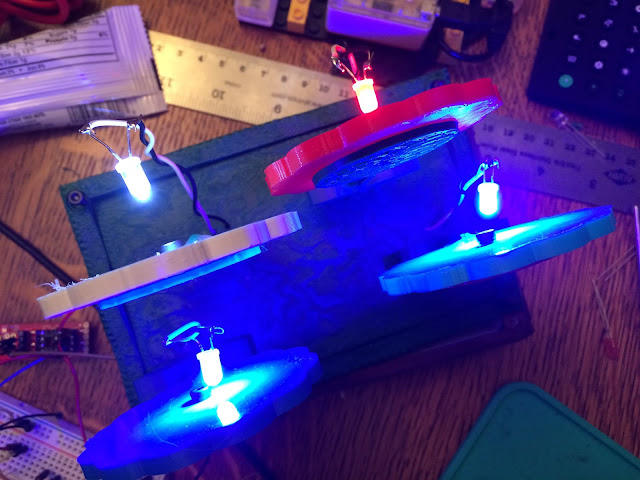 At first the LEDs were behind the flowers but I repositioned the wires so they were in front of the flowers and liked that effect better. 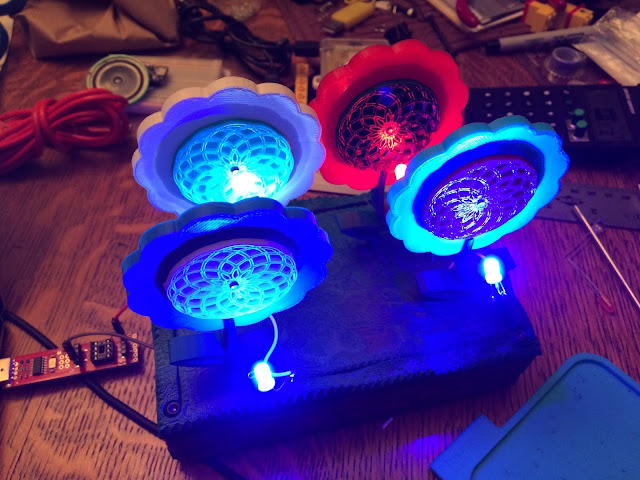 It has been running from two AA batteries for three days now. I imagine eventually I will integrate a PowerBoost 500C and a lipo battery into the design to make it rechargeable.

I enjoyed playing with the ATTiny85 and learning how to program it. I already am thinking about how I can use it in a different project, perhaps with a servo. Stay tuned!
3D printing art ATTiny85 fabrication math microcontroller remix TurtleArt